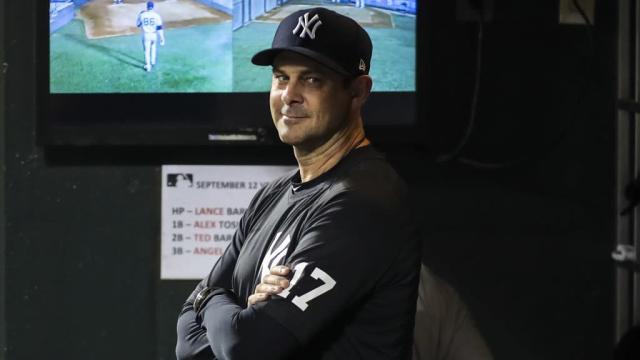 The Yankees announced on Tuesday the coaching staff for the 2022 season.

It had already been formally announced that former Mets manager Luis Rojas would be the team’s third-base coach, replacing Phil Nevin.

The Yanks officially named Dillon Lawson the hitting coach – he replaces Marcus Thames, who held the title from 2018 through this past season. Lawson had been the team’s minor league hitting coordinator for the past four seasons.

Desi Druschel will assist Blake in the pitching department – he was previously the Yankees’ minor league manager of pitch development. Prior to joining the Yankees, he was the pitching coach at the University of Iowa from 2017-19.

Former Yankee Eric Chavez will be an assistant hitting coach, along with Casey Dykes. Chavez notably spent 13 years with the Oakland A’s and was a career .268 hitter with an .818 OPS in his 17 MLB seasons. Dykes had previously been the hitting coach for Triple-A Scranton/Wilkes-Barre.

Travis Chapman has been named the team’s first base coach, replacing Reggie Willits. He also will be the team’s infield coach. This will be his 10th season in the Yankee organization, having most recently served at the team’s minor league infield coordinator.