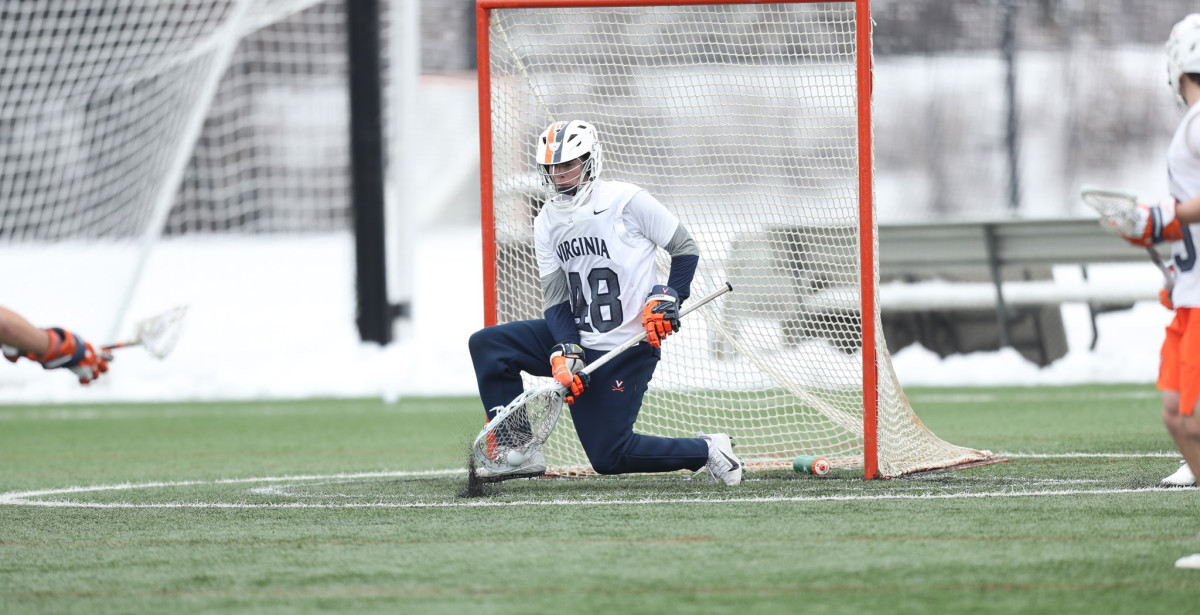 Syracuse men’s lacrosse has added a significant piece to its 2022 roster as Virginia goalie transfer Bobby Gavin has committed to the Orange, according to a report from Syracuse Media Group’s Brent Axe. Gavin only entered the portal on Friday, and Syracuse moved quickly to add him to the program.

Gavin appeared in eight games during his freshman season at Virginia, including two starts. He was even named Atlantic Coast Conference Defensive Player of the Week for his 13 save performance against Army. Gavin also had nine saves in Virginia’s win over Loyola. Gavin had a save percentage of 50% last season.

He will be a sophomore this season for Syracuse with three years of eligibility remaining.

Gavin signed with Virginia as part of the Cavaliers 2020 recruiting class after previously being committed to Towson. He was considered a four star recruit by Inside Lacrosse with a grade of 80. He starred for Torrey Pines High School in California.

“One of the more consistent goalies seen throughout the weekend, Gavin stands out with his confidence and his quick hands. Sees the ball incredibly well and springs to shots effectively.” — Inside Lacrosse analysis from the Adrenaline High Rollers SoCal event.

Syracuse has undergone significant change within its men’s lacrosse program during the offseason. Longtime head coach John Desko retired, while Gary Gait was named as his replacement, coming over from the women’s program. The Orange has two Preseason All-Americans per USA Lacrosse Magazine in midfielders Tucker Dordevic and Brendan Curry.