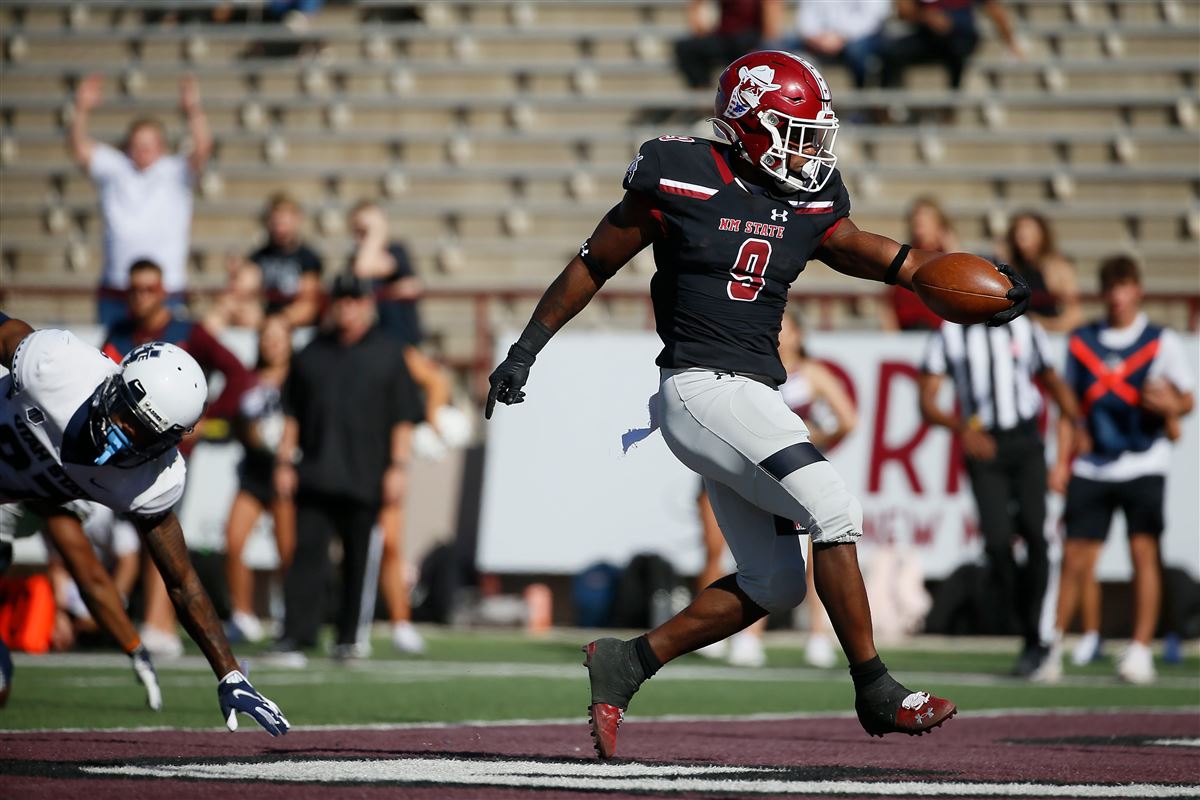 New Mexico State transfer running back Juwaun Price has committed to Syracuse, he announced on social media. Price, who was the Aggies leading rusher during the 2021 season, has three years of eligibility remaining and will enroll at Syracuse next month. He is also a former teammate at NMSU of Jason Simmons, who transferred in to Syracuse last offseason.

The move makes a lot of sense for Syracuse, who lost both of Sean Tucker’s backups this offseason. Cooper Lutz left via the portal, while Abdul Adams exhausted his eligibility and will look to continues his career professionally. There was a need for an experienced backup for Tucker this season, along with the opportunity to compete for the starting job after Tucker turns pro. Price fits that mold perfectly.

Price joins a backfield that includes the aforementioned Tucker, redshirt freshman Josh Hough (who was hurt all of last season), and incoming freshman LeQuint Allen. Allen was named New Jersey’s Gatorade Player of the Year after a stellar senior season.


Price signed with New Mexico State as part of its 2019 recruiting class. He starred for Peoria High in Arizona, and chose the Aggies over offers from Idaho, Northern Arizona and Western New Mexico. He redshirted for the 2019 season at New Mexico State, was a backup in the 2020 COVID year, and then became the starting back in 2021.