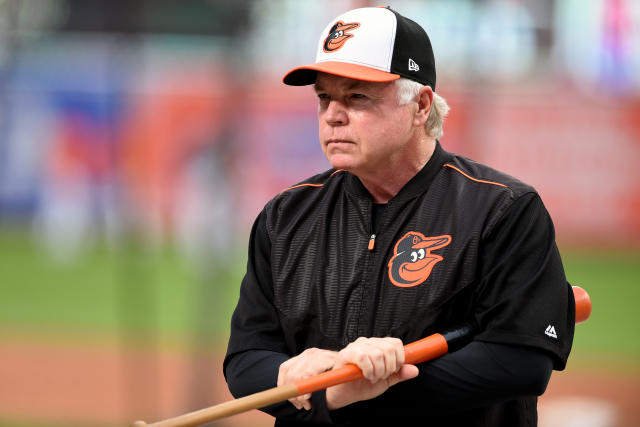 Over the past 14 months, the Mets have changed ownership regimes, cycled through four different heads of baseball operations, traded for one of the most prolific players in Major League Baseball and signed another. Now, they believe they have a dugout leader capable of shepherding that group to new heights.

The Mets have hired Buck Showalter as their next manager, owner Steve Cohen announced Saturday on Twitter, giving the team the type of experienced leadership it has lacked in recent seasons. A source told MLB.com that Showalter’s new contract is for three years, with an official team announcement expected Monday.

In Showalter, the Mets will not only gain a veteran manager for the first time since Terry Collins departed in 2017, but one with significant New York City experience. Showalter is well-known for his work in the Bronx from 1992-95, leading and developing the pre-dynasty Yankees for four seasons. He worked for 20 years as a big league manager for the Yanks, D-backs, Rangers and Orioles, most recently spending nine seasons in Baltimore from 2010-18.

Now the 65-year-old Showalter is headed back to New York, where the Mets intend to compete for a playoff spot under Cohen and general manager Billy Eppler. He comes to the job as the second-most experienced managerial hire in Mets history, behind only their inaugural manager, Casey Stengel.

Overall, Showalter owns a 1,551-1,517 record as a manager, making the postseason five times but never winning a League Championship Series game. He has also spent brief stints throughout his career as a coach, front-office executive and television analyst, though the bulk of his career has been as a manager.

As such, Showalter brings a veteran presence that the Mets have not had in their dugout over the past four years. Upon parting ways with Collins, the Mets hired first-time managers Mickey Callaway, Carlos Beltrán and Luis Rojas in succession. None of them worked out for various reasons, prompting the Mets to choose Showalter from a group of finalists that also included potential first-timers Joe Espada and Matt Quatraro. Others who interviewed included Brad Ausmus, Bob Geren and Clayton McCullough.

Showalter wound up topping the list, even though his resume is not without uncertainties. Showalter’s career winning percentage is only .506, and he was either dismissed from — or not asked back to — all four of his previous managerial jobs. His last winning record came in 2016, when Showalter absorbed significant criticism for not using All-Star closer Zack Britton in the AL Wild Card Game that the Orioles lost. Questions also linger about Showalter’s willingness to accept the type of front-office influence that permeates nearly every dugout in baseball — an issue that almost certainly came up during the interview process.

But the Mets are confident about the viability of this marriage. The team Showalter is inheriting produced a 77-85 record under Rojas in 2021, with enough established stars for the Mets to believe they are ready to win immediately. Showalter’s first task will be filling out a coaching staff that currently includes only one holdover, pitching coach Jeremy Hefner. It remains to be seen how much influence Showalter will have in the hiring of his hitting and bench coaches, and how much will fall to the front office.

While that situation shakes out, Showalter will begin his other duties as the 23rd manager in Mets history, with plenty of optimism surrounding his hire. The Mets, who have not made the postseason since 2016 nor won a playoff game since ’15, are eager to return to October baseball.