Home » Chance The Rapper » Clint Frazier opens up on his mental health issues, trying to play through injuries with Yankees

Clint Frazier opens up on his mental health issues, trying to play through injuries with Yankees 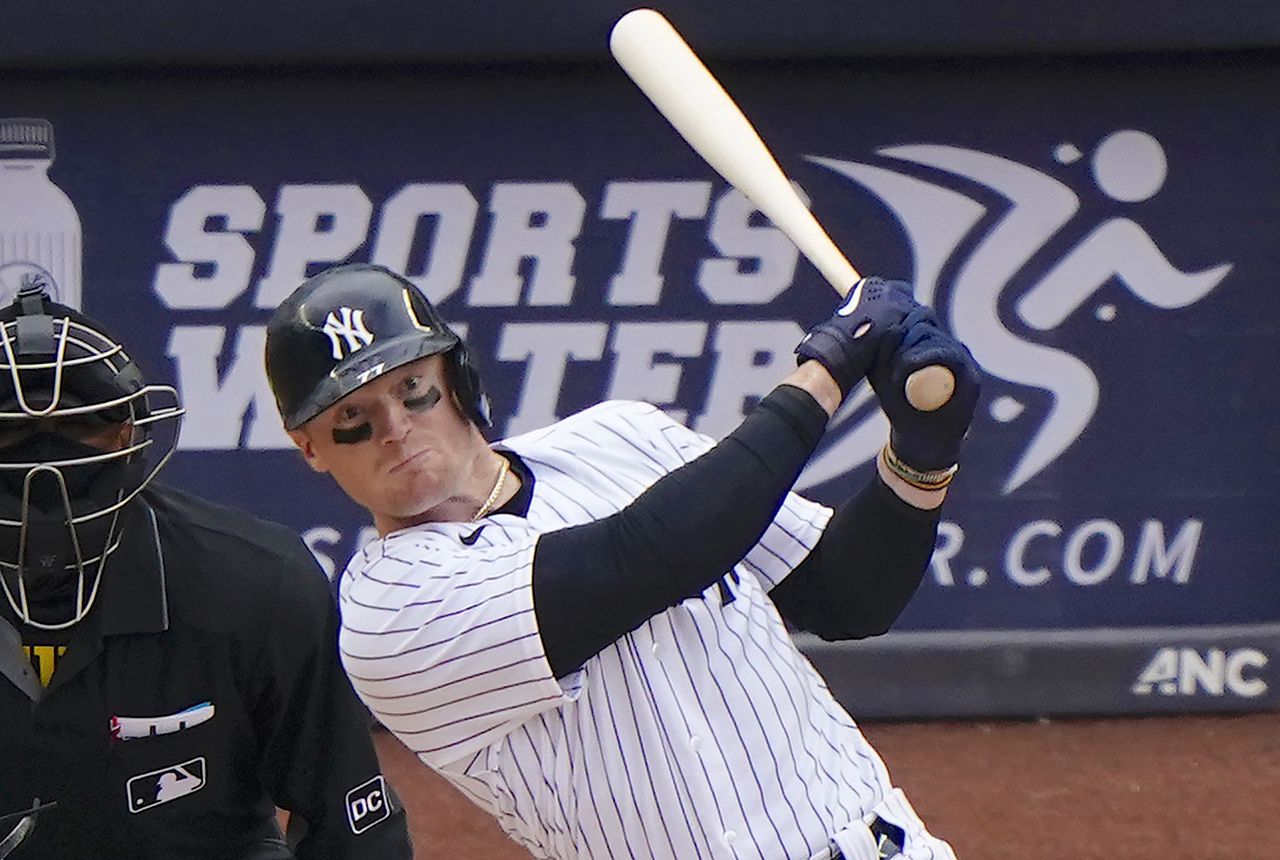 Don’t punch anyone in the face, CC Sabathia.

Clint Frazier said back in October he was going to open up about his “issues” and some “inaccurate things” about his nagging injuries that arguably cost him his tenure with the Yankees.

Yankee fans got their first glimpse of what Frazier’s truth was when he appeared on Barstool’s Short Porch podcast, his first in depth interview since being released by the Yankees and signing with the Chicago Cubs.

No matter how you want to slice it, Frazier had a rough ending with the Yankees. But Frazier opened up about his mental health that seemingly was secret to everyone, and said that those issues, along with injuries, affected his playing.

“I never understood the whole mental health stuff until like recently,” said Frazier. “When you go through something for so long, and you just feel the same way every single day, it’s really hard to move forward. And the way that I was feeling was affecting my quality of life. I was severely symptomatic with some of these past issues that I was having. I was like, ‘we gotta pick the pace up. I need help. I need serious fu—in help.’

“I needed to separate baseball and my health because, like I said, it was about quality of life at this point. I was severely struggling with this stuff. … It just drug out because we didn’t have the diagnosis.”

Frazier admitted he didn’t tell the Yankees about his symptoms.

“They weren’t aware, that was on me. I was fighting for my life. … and I fizzled out. I was trying to continue to play. So I didn’t tell them. And then I showed up to spring training and started to feel better, and then it kind of, like, came back, because I had an instance where I bumped the wall again. I went into the whole season feeling that exact way.”

Frazier didn’t reveal his official diagnosis, although the Yankees had previously called it vertigo, and he said he had “depth perception issues.”

“When people were all over me for diving, I was just trying to catch the ball. I thought the ball was right here, and it was right there,” Frazier joked.

He said how he felt daily was “hit or miss,” and anything from crowd noise to bright lights played a role in how he felt.

Frazier isn’t happy about how he’s constantly a headline. Most of them, he feels, have been unfair.

Because of that, the former Yankee feels like he has some personal business to take care of, especially when he returns to New York in the 2022 season as a Cub.

Frazier is cool with Cashman, Boone, ex-teammates
It’s a decent argument that Brian Cashman and Aaron Boone screwed Frazier. After Cashman told the media Frazier was the starting left fielder entering 2021 (which Frazier says he was never told), he was platooning with Brett Gardner just four games into the season.

But all is cool — especially with the general manager.

“For whatever reason, I feel like him and I were boys,” Frazier said. “The text messages him and I would exchange to each other, the way we talked to each other, it was like we weren’t just GM/player. We were like, I would say as much friends as we were allowed to be. He had my back the entire time.

“He was never one of the ones, regardless of if he was the one that ultimately signed off on sending me to Triple-A or how much playing time I got, I never felt any type of way towards him. He always was very honest with me. He was great to me. I got nothing but respect for that guy, because he’s cool as hell, man.”

As for Boone, Frazier said he didn’t know him “that well,” but said they had a “cordial” relationship and never had problems.

Frazier also said he is “tight” with Aaron Judge, despite not being invited to his wedding, and Tyler Wade, whom he often shared the Scranton shuttle with.

As for the rest of his ex-teammates, all is good.

“I’ll see my ex teammates whenever I come, and it’s gonna be fine,” Frazier said.

But it might not be okay with Yankee fans after saying he was glad his time with the Yanks is up.

“I do not expect a warm welcome [when I come back.] And nor do I care. I don’t really care.”