Bingo is more popular now than it has ever been. Where once it was the game the elderly gathered to play in bingo halls, now it’s a global phenomenon enjoyed by millions across the world. And not just anyone, either; there are plenty of celebrities who love bingo, too, so today we’re going to compile a list of some of the world’s biggest household names who also happen to love a good game of bingo. 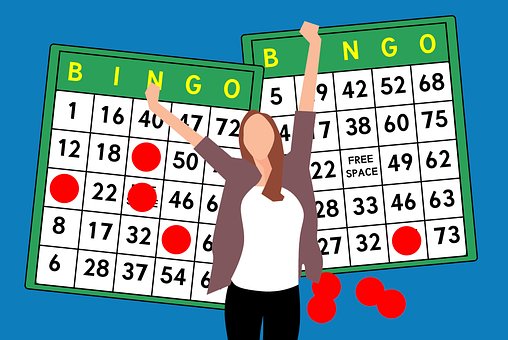 You can take the lad out of the north, but you can’t take the north out of the lad. Worldwide musical sensation he may be, but Robbie Williams is, at heart, a simple man who loves the odd game of bingo here and there. His bingo games have benefited all sorts of charities, like Habitat for Humanity and the Make-A-Wish Foundation. Robbie is truly down-to-earth person, so it’s really no surprise that he loves a game of bingo.

Another legend of the musical scene, Mick Jagger also happens to love the game and has been known to throw huge parties at his house. From the Rolling Stones to private bingo games, I think we can say for sure that Mick Jagger is the coolest bingo player out there.

It’s not just musicians who love the scene, either. Even some of the biggest names in Hollywood love to frequent games of bingo. Though you might know him as the mighty General Maximus from Gladiator or the ruthless police officer Javert in Les Misérables, he is known among his friends as a lover of the bingo hall and frequently enjoys a good game. Before he had ever stepped foot on a movie set, he spent many nights playing bingo in Australia, his home country.

EastEnders star Shane Richie is another famous actor known for his love of the game. His career could even be said to have started in the bingo halls, where his calling out his winnings gave him the confidence to go on into acting. He still loves the game today and has been frequently seen playing with his wife at the weekends.

Is it surprising that the embodiment of Friends’ Monica should love a game of bingo? It fits what we know about Courtney Cox perfectly, and she has been known to attend games with celebrity friends like Paris Hilton. She loves to play in her home town in Alabama and is very frequently spotted on the local bingo scene. We are not surprised that a member of the cast of Friends should love a game of bingo!

Perhaps the very definition of cool, Kate Moss is perhaps the most famous and successful super model in the world. She used to love playing the game on Saturday nights with her kids and partner, and though they have sadly split and the kids have grown up now, she still loves the occasional game when she gets a chance! If you needed any confirmation that bingo was cool, look no further than one of the coolest people alive.

Undoubtedly one of the biggest fans of bingo in the celebrity world is Catherine Zeta-Jones. She tells us that she began playing the game when she was young, during her childhood where she was raised in Wales, where the game is very popular. Her parents were so lucky one night that they won a whopping £100,000 on a game of bingo, and thus were able to send her to dance classes which led to the future success she enjoys today. She hosts private games at her home today, and had no trouble getting used to the 75-ball game played more commonly in the United States.

Maybe the biggest surprise for us was learning that one of the wealthiest, most successful sports personalities currently active in his sport should enjoy this humble, simple game so much. While learning English earlier in his career, he was given a DVD bingo game which he came to enjoy more than he had expected. He became a huge fan of the game while learning, and is still known to enjoy the game today.

Bingo has a much wider appeal than most people realize. For so long it was seen purely as the realm of the elderly. That has never been the case, however, and some of the biggest names in the biggest industries in the world cannot get enough of the game.