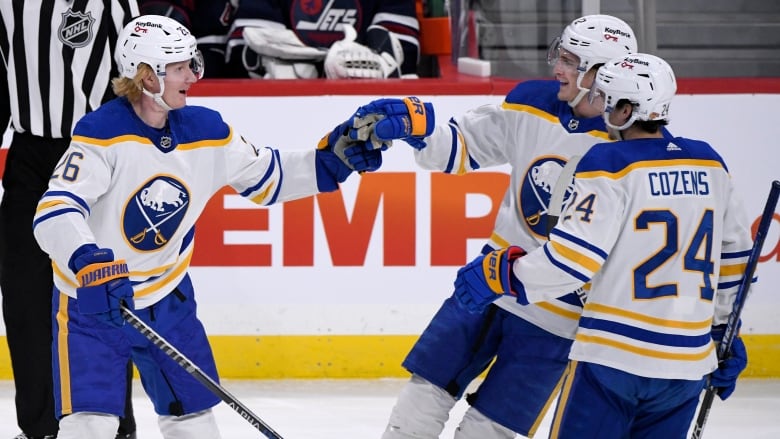 Rasmus Dahlin scored twice for the Buffalo Sabres, who won for the first time in eight games, 3-2 against the Winnipeg Jets at Canada Life Centre on Tuesday.

Ukko-Pekka Luukkonen made 34 saves for Buffalo (9-15-4), and Tage Thompson and Victor Olofsson each had two assists.

Pierre-Luc Dubois had a goal and an assist for Winnipeg (13-10-5), and Connor Hellebuyck made 23 saves.

Dahlin scored the tiebreaking goal with 39 seconds remaining in the second period on a point shot to make it 3-2.