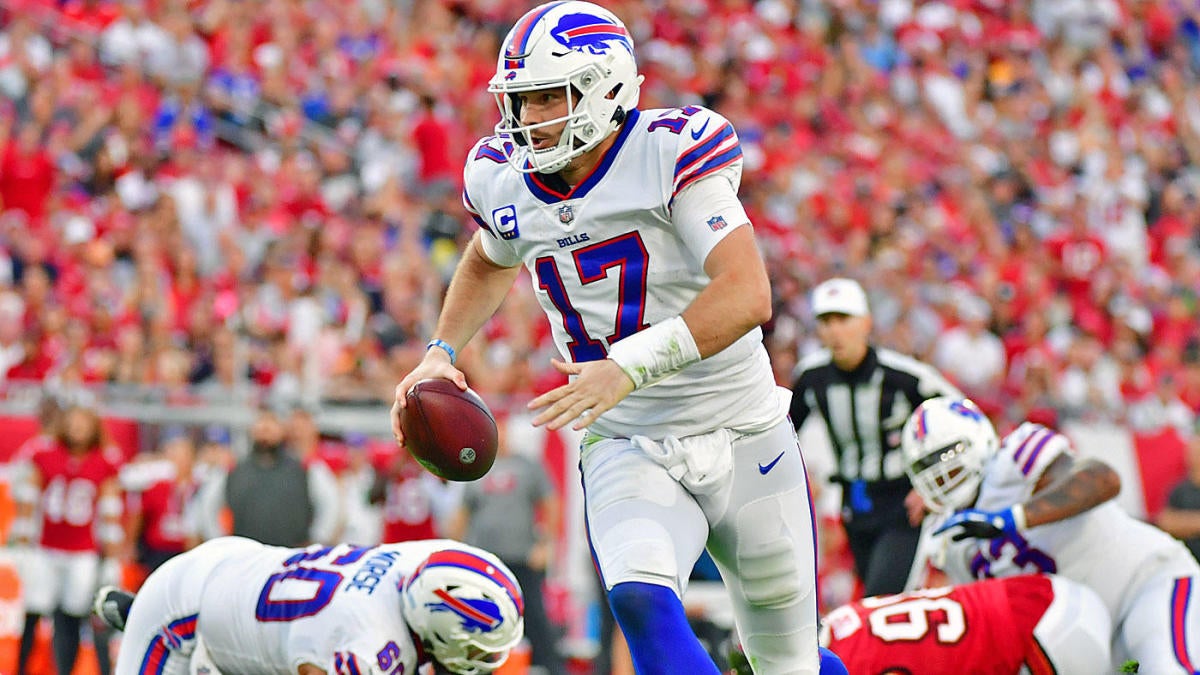 If it’s up to Josh Allen, he’s probably playing for the Buffalo Bills against the Carolina Panthers on Sunday.

On Wednesday, the quarterback provided the latest update on the foot injury he sustained during Week 13’s overtime loss to the Tampa Bay Buccaneers.

“Obviously I want whatever’s the best opportunity for our team to win the football game but if I can go, I’m going to go,” Allen said via video conference. “It’s quite a bit better, and again, hats off to the training staff for putting up with me in the training room and giving me the attention that I’ve needed. But again, we need to attack these next few days.”

“I’m feeling good,” he added. “As of right now it feels pretty good.”

As one could expect, Buffalo head coach Sean McDermott beat around the bush a little.

“He’s working through it,” the coach said via video conference. “He’s a tough guy. The soreness is still there. That’s to be expected. I love his attitude and think that’s key when you’re trying to come off of any injury is the attitude and mindset.”

McDermott also said it’s not a problem if Allen has to sit one game out. The team and coach have confidence in his backup, Mitchell Trubisky.

“That’s why we brought Mitch in, he’s more than capable,” McDermott said. “There’s no hesitation there whatsoever.”

On Monday, McDermott said Allen was day-to-day after he was spotted wearing a walking boot after the Bucs game.

Despite doing so, Allen did not miss any playing time in Tampa Bay.