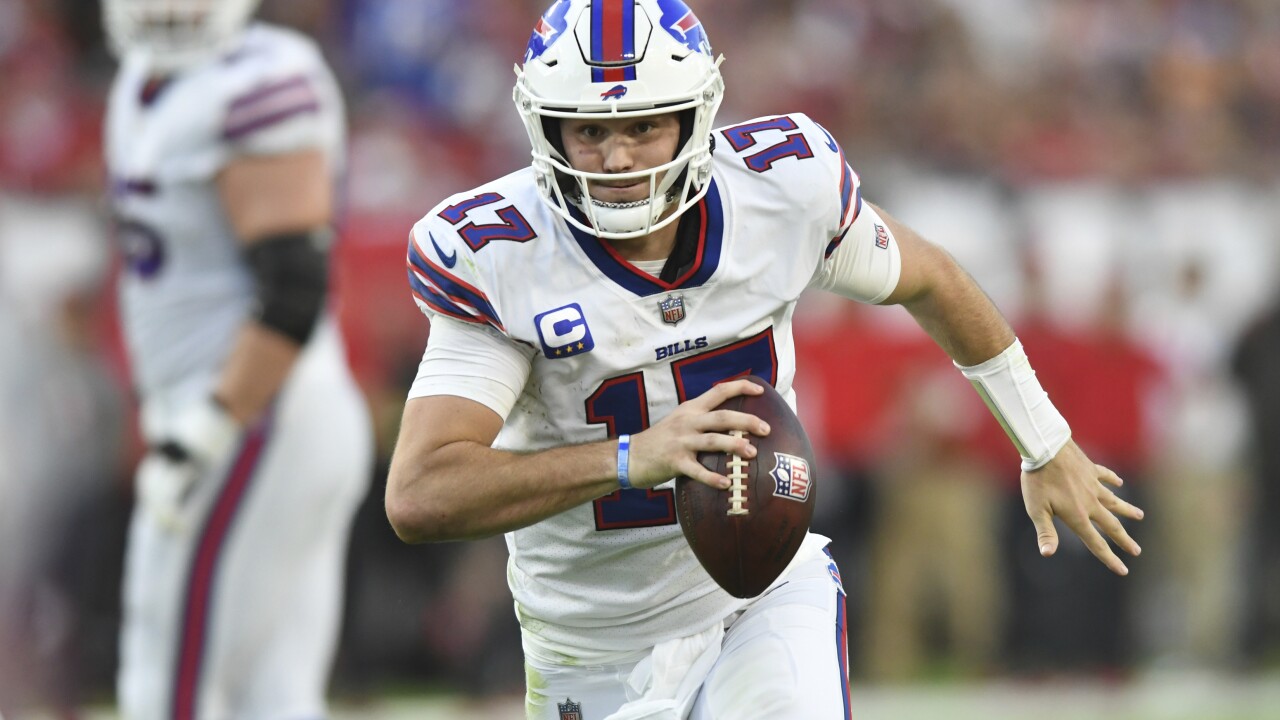 That was centered around Allen, who engineered the turnaround despite suffering a foot injury in the fourth quarter.

But no need to sound the alarm right now.

Buffalo head coach Sean McDermott said via video conference on Monday that Allen is officially considered to have a “day-to-day” injury, calling it a foot sprain:

Per Coach McDermott, QB Josh Allen has a foot sprain and will be day to day. #BillsMafia pic.twitter.com/wTu6YNBFbt

Earlier on Monday, a report via NFL Network used an interesting choices of words to describe Allen’s injury.

That report said Allen wearing a walking boot after the contest was “necessary” and not just a “precautionary” thing. That could still be true, but at least some nerves regarding Allen missing extended time should mostly be gone.

McDermott, one to always play a bit of gamesmanship in his press conferences, did not declare Allen fully fit to play in Week 15 vs. the Carolina Panthers. The coach said the QB “has a chance” to play.

McDermott also added that the term “turf toe” was used by the team’s medical staff when describing Allen’s injury. However, he still opted to call the issue a foot sprain, for what it’s worth.

“We’ll see how it looks for Sunday as we get to the end of the week,” McDermott said. “Josh is in good spirits.”

All things considered, it sounds like Allen will more than likely play vs. the Panthers as things currently sit.