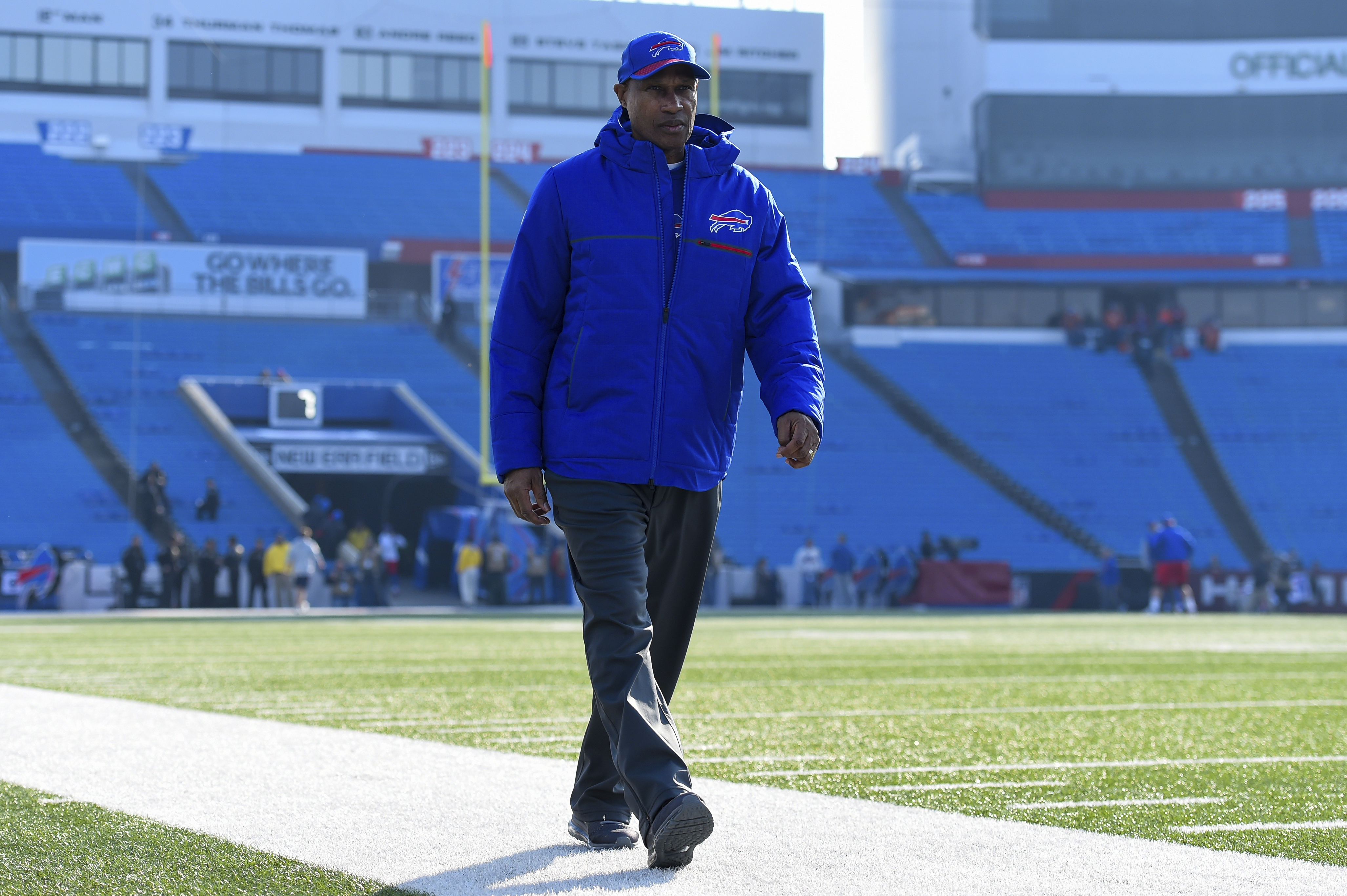 The Buffalo Bills could be in danger of losing defensive coordinator Leslie Frazier this offseason after some massive smoke was spotted this week.

According to ESPN NFL Insider Dan Graziano, there have already been “rumblings about a candidate” for a head coaching position that’s expected to open up this offseason.

The Chicago Bears have not fired Matt Nagy, but things are not looking good for him.

Just before their Thanksgiving Day meeting with the Detroit Lions, a report surfaced that the Bears (4-8) planned to fire Nagy soon. While Nagy refuted the report, many still believe it’s only a matter of time.

Which brings us to the Bills.

At the other end of that tunnel, ESPN connects Frazier to Chicago. On Wednesday, Graziano said Frazier is already being considered for the position:

Dorsey is one to watch as well in relation to Frazier, but let’s worry about one thing at a time.

Last offseason, Frazier did interview for vacant head coaching job, including with the Houston Texans, but was not hired.

And speaking of one thing at a time, let’s wait until Nagy is actually fired and Frazier is interviewed for the position.

As of now, that can’t happen until after the regular season, so we have some time to wait. But just keep the Bears in mind regarding Frazier.

For what it’s worth, the Graziano also writes: “The first job everyone mentions when you ask about potential openings is Chicago, where it seems as if coach Matt Nagy would need a miracle to save his job.”

Kyle leads sports coverage and hosts the Concrete Jungle podcast. Have a lead or question? Send it to [email protected]akes1.com.