Nutcrackers on parade in Watkins Glen

Want to get in the holiday spirit? Check out the nutcrackers in locations along Franklin Street in Watkins Glen!

Many thanks to Schuyler County resident Nick Crosby for sharing his fabulous collection of nutcrackers with several organizations in Watkins Glen. The parade of nutcrackers includes displays at the Harbor Hotel, Watkins Glen Promotions, and the Chamber’s office building. Crosby, a busser at the Harbor Hotel, has been collecting nutcrackers since he was a child and has taken over his mom’s and grandmother’s collections. With nearly 200 in the collection, ranging from 4” tall to a stately 3’ tall, Crosby has soldiers, cooks, athletes, cowboys, rocking horses, and snowmen.

The parade of nutcrackers is yet another element of the Watkins Glen Area Chamber of Commerce’s second annual Holiday Happenings & Winter Traditions. Please stop by these locations and enjoy. 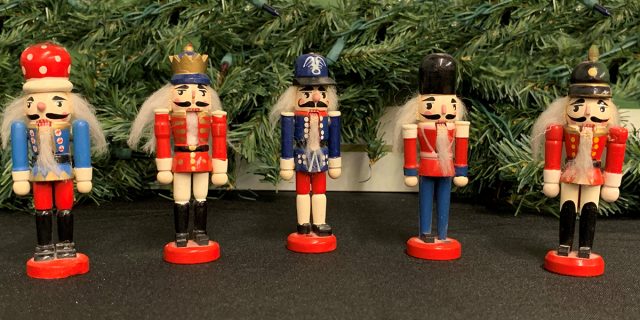