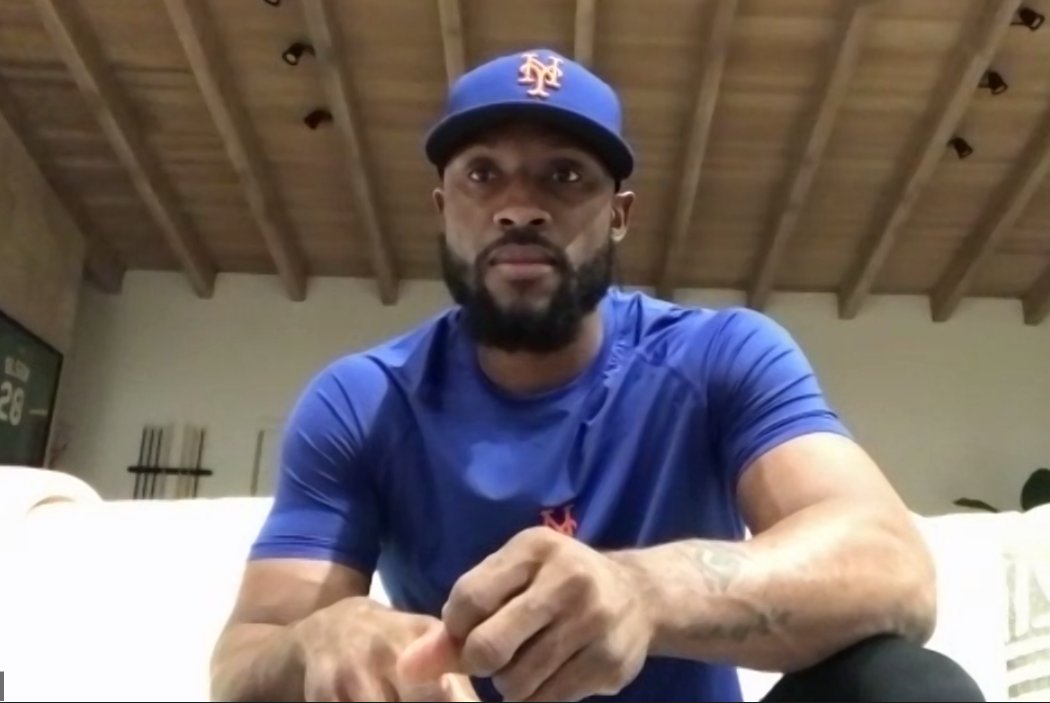 The Mets have already made a number of huge splashes this offseason, including inking outfielder Starling Marte to a four-year deal.

A two-time Gold Glove winner and an All-Star in 2016, Marte provides tremendous defense, a strong right-handed bat, and outstanding base-running, making him a perfect fit for a Mets team looking to win now.

And while the fit seemed like a no-brainer, Marte explained on Wednesday that one of the reasons he decided to sign in New York was to play with someone he’s looked up to for quite some time, Robinson Cano.

“First off, I have a good relationship with Cano. Throughout my career he’s given me a lot of good advice, and early on in my career I always said that I wanted to be his teammate,” Marte said via a translator when asked about signing with the Mets. “Now that I had the opportunity to do so, I decided to take it. There are a lot of Latinos on the team, I think the team is really good, and I have a lot of good relationships with them.

“I also have a lot of family in New York, so I felt like it was the right time for me to take on that objective.”

Marte said that he and Cano did not speak before the signing, but once it was done, Cano – who is back on the roster following a season-long suspension – was one of the very first people to reach out.

“In previous years we’ve spoken about possibly being teammates together. … But after I signed, he was one of the first people to hit me up,” said Marte. “He sent me a message and we spoke a little bit there, but I always look forward to having conversations with him, just to continue learning from him.”

Marte brings a career .289/.346/.451 slash line to the Mets, along with 126 homers, 502 RBI, and 680 runs scored. He was introduced on Wednesday along with fellow new additions Mark Canha and Eduardo Escobar, not long after Max Scherzer met with the media as well.

Marte explained that he wasn’t expecting such a flurry of signings all at once, but he’s very excited to take the field with all of his new teammates.

“After Eduardo agreed to the deal, he reached out to me and we were talking a little bit about how excited he was and speaking about Canha and just learning a whole bunch form him in the second half, seeing how he gets on base, seeing how he hustles every play and just learning from the both of them, they’re both tremendous players,” Marte said. “I feel like we can bring a lot to that team, to the younger players that still have a lot to learn and being able to be a guide for them.

“In regards to the Scherzer signing, I wasn’t expecting that. When I saw that I was excited to be able to be in the same clubhouse as the great pitcher that he is, just so he can reinforce that rotation and lead us to great things.”