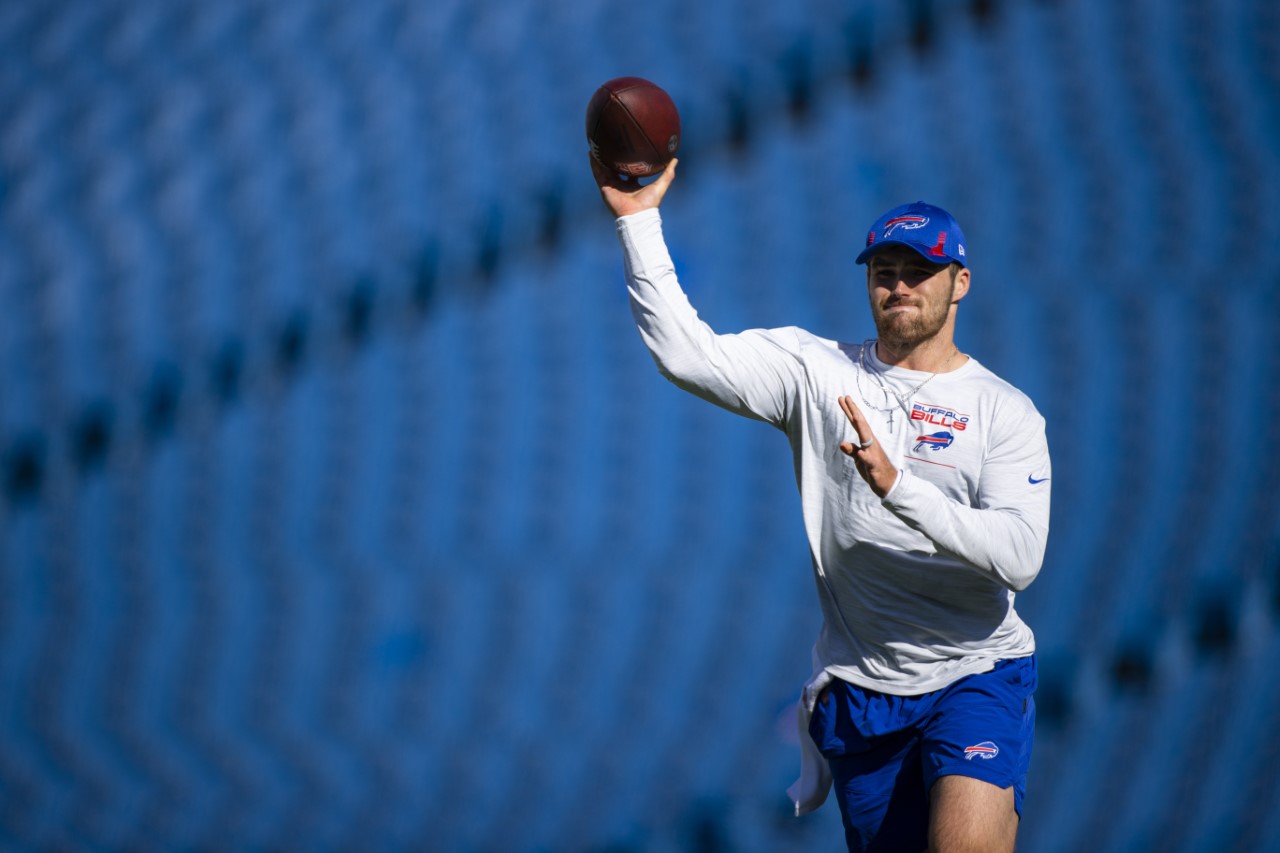 The New York Giants are signing Fromm off the Bills practice squad, per Tom Pelissero of NFL Network, as they are now in need of depth at quarterback.

The Giants have quarterbacks Daniel Jones and Mike Glennon on the roster, and Brian Lewerke on the practice squad. Pelissero reports that Jones has a strained neck and his status is week to week, putting Glennon in line to start Sunday’s game against Miami. The injury occurred on the second play from scrimmage against the Eagles, when Jones got hit while sliding. He is expected to miss at least one game, per Pelissero.

Fromm was drafted by the Bills in the fifth round of the 2020 draft. In college, he led Georgia to three consecutive SEC championship games.

As a rookie last season, he was Buffalo’s quarantine quarterback, isolated from the team all season to ensure the Bills would still have an available quarterback if there were a Covid-19 outbreak.

Fromm has not appeared in a regular-season game for the Bills, nor has he been active on game days this season. His only action was in the preseason when he appeared in all three games. Among his highlights: leading the Bills on a game-winning drive against the Detroit Lions and scoring a rushing touchdown against the Green Bay Packers.

He missed some practice time this season when he was placed on the practice squad Reserve/COVID-19 list in early November.