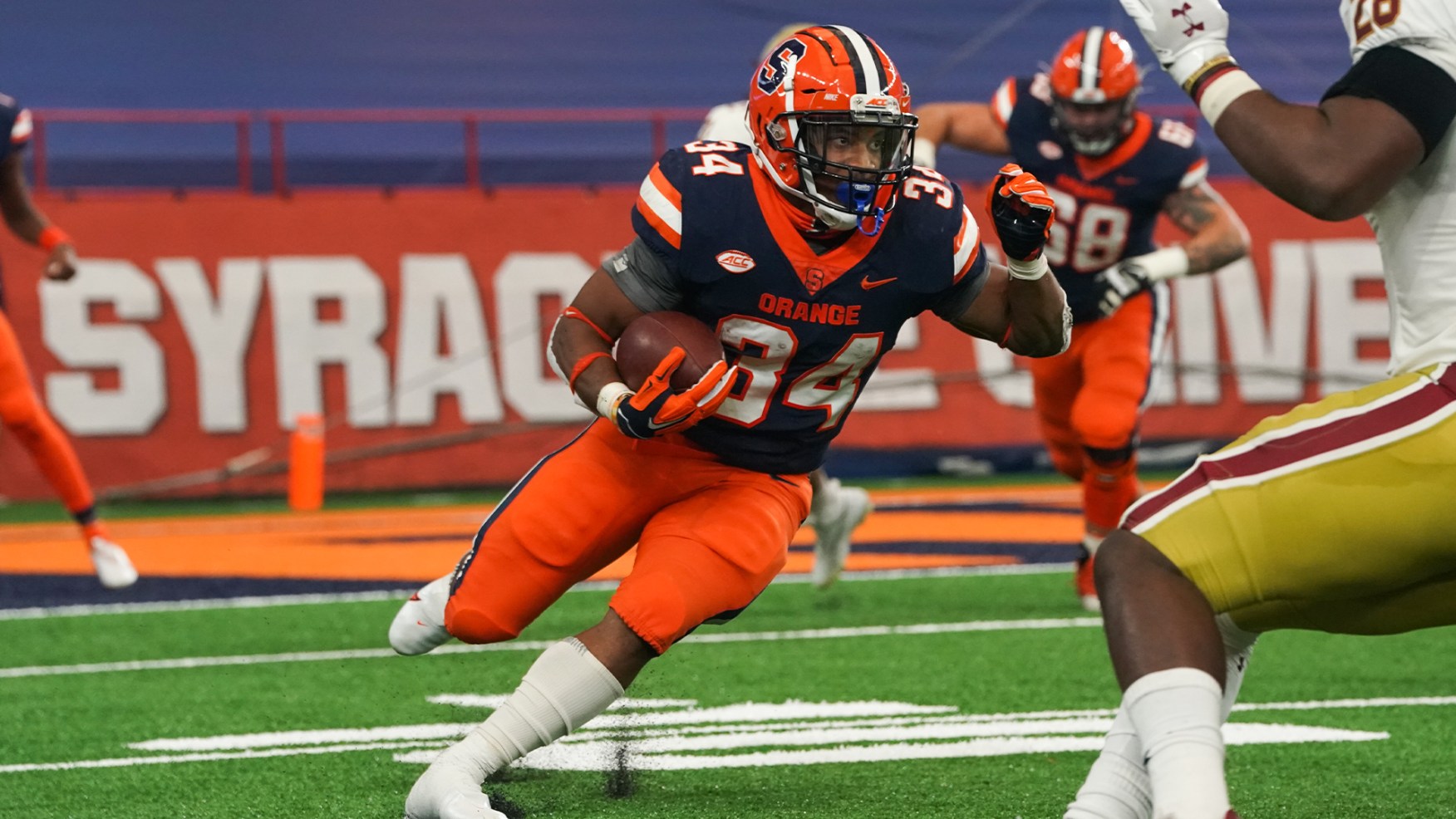 The soft-spoken Sean Tucker caused a stir on social media Monday afternoon with a critical comment about SU’s play-calling against Pittsburgh.

Tucker has made it a ritual to tweet out his thoughts after every game. Normally, he focuses on his own performance. After the Pitt game, however, the second-year running back added: “I wanted to do so much more but I don’t call the plays.”

We lost our last game Pitt 31 Syr 14. I'm not pleased with the outcome of the game or the play calling. I wanted to do so much more but I don't call the plays. Good luck to all the seniors moving on

It should be noted that the man responsible for calling the plays, offensive coordinator Sterlin Gilbert, was fired on Sunday.

Tucker had a record-breaking season. He finished fourth in the nation in rushing yards with 1,496. That total is the most in a single-season ever at Syracuse. The previous record was held by Joe Morris.