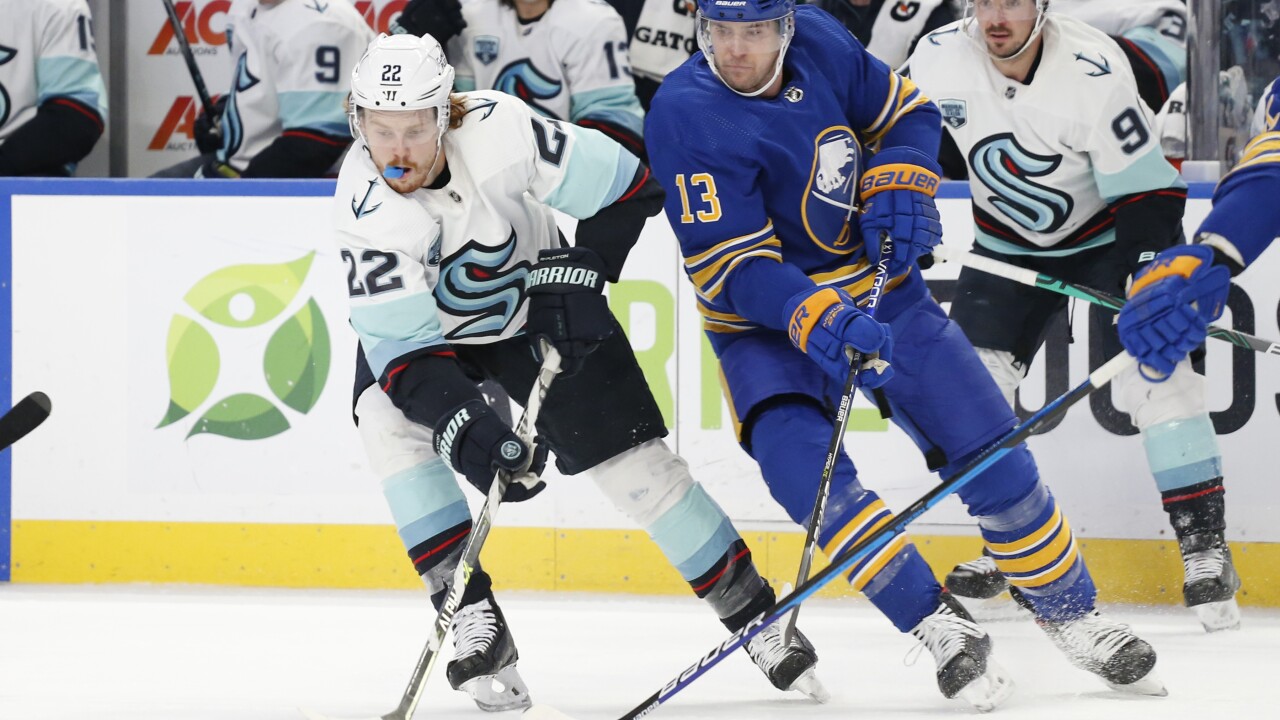 Brett Murray scored the first goal of his NHL career, Jeff Skinner scored twice and Dylan Cozens also tallied for the Buffalo Sabres on Monday, but it wasn’t enough in a 7-4 loss to the Seattle Kraken at KeyBank Center.

But the Kraken poured it on with two goals each from Jared McCann and Mason Appleton as well as markers from Carson Soucy, Brandon Tanev and Jaden Schwartz.