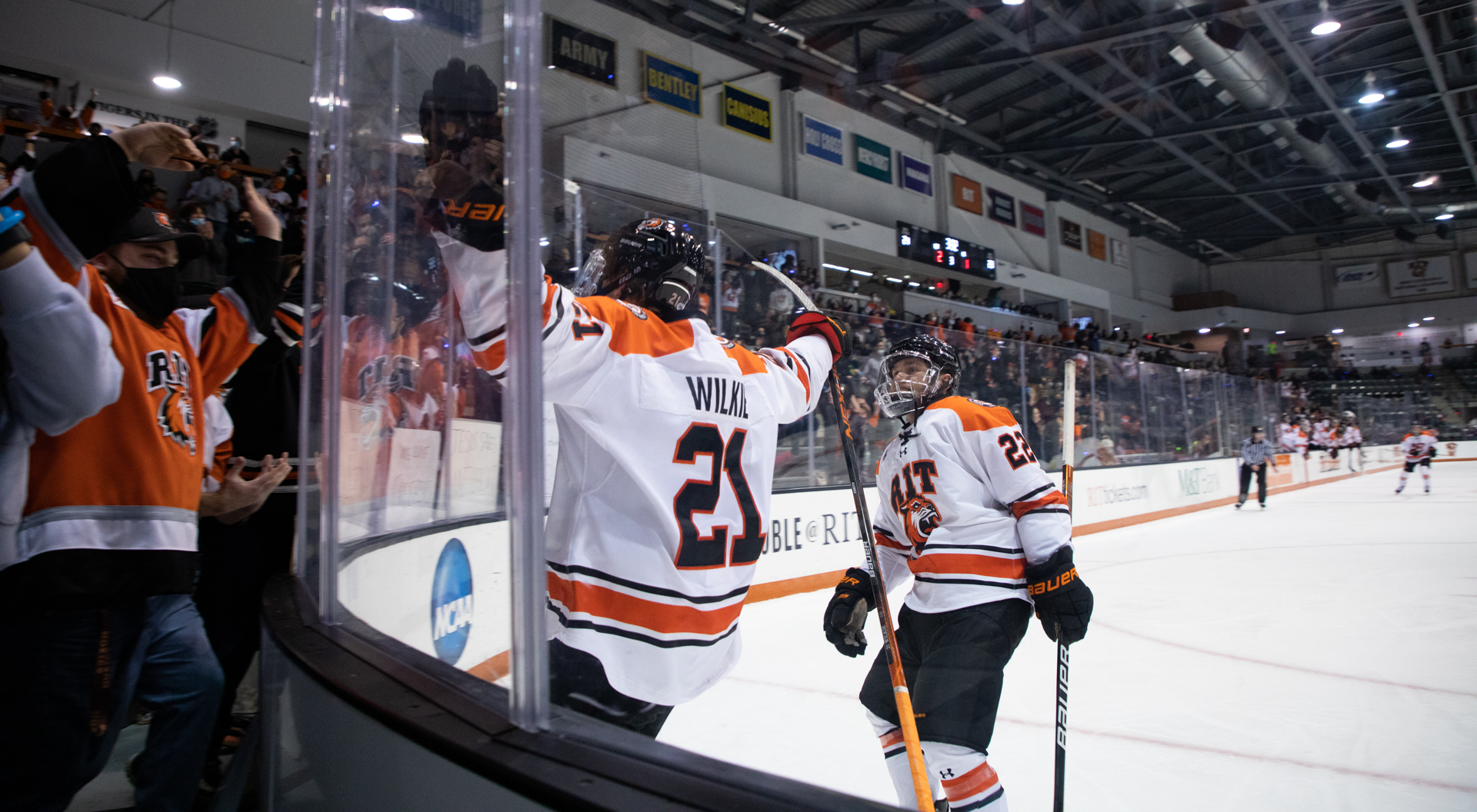 Wilkie has been named the Atlantic Hockey Rookie of the Week five times this season, including three times in November. He was credited with the overtime game-winning goal and assisted the game-tying goal in RIT’s 3-2 victory at AIC (Nov. 7) and also logged the game-winner in the Tigers’ 3-2 win over visiting Holy Cross (Nov. 19).

He is currently tied for eight in Atlantic Hockey with 12 points and tied for sixth with six goals.

His three game-winning goals are tied for the sixth-highest total in the nation. He is also tied for sixth among the nation’s freshmen in both goals and points.

Ranked among Atlantic Hockey’s top face-off specialists, he compiled 64 face-off wins and a .520 winning percentage over the last month.

Wilkie was also named the Atlantic Hockey Rookie of the Month for October.