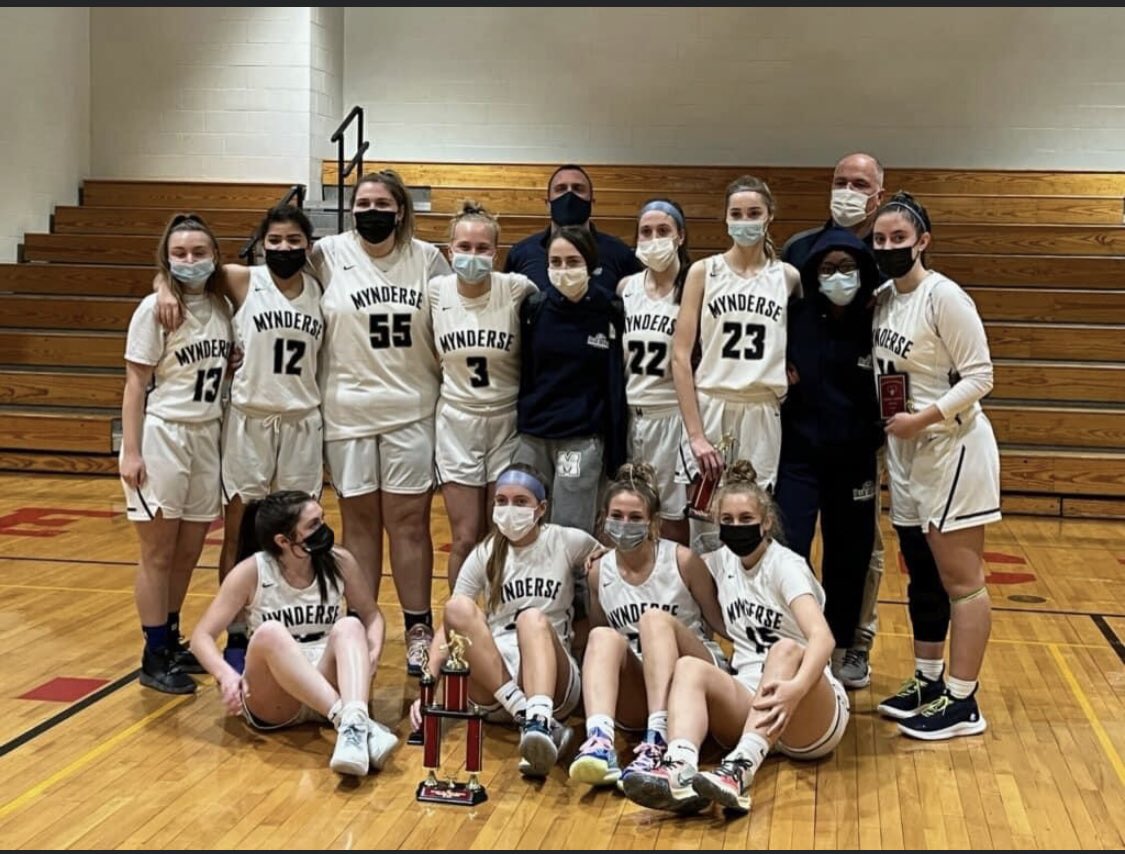 The Mynderse Blue Devils won the 2021 Thanksgiving Tip-Off Tournament in Manchester with a 43-38 victory over the Midlakes Screaming Eagles on Saturday night.

Higby was named tournament MVP. Mosch and Maddie Verkey were named to the all-tournament team.

The Alexander Trojans defeated the Red Jacket Indians in the consolation game, 62-30.