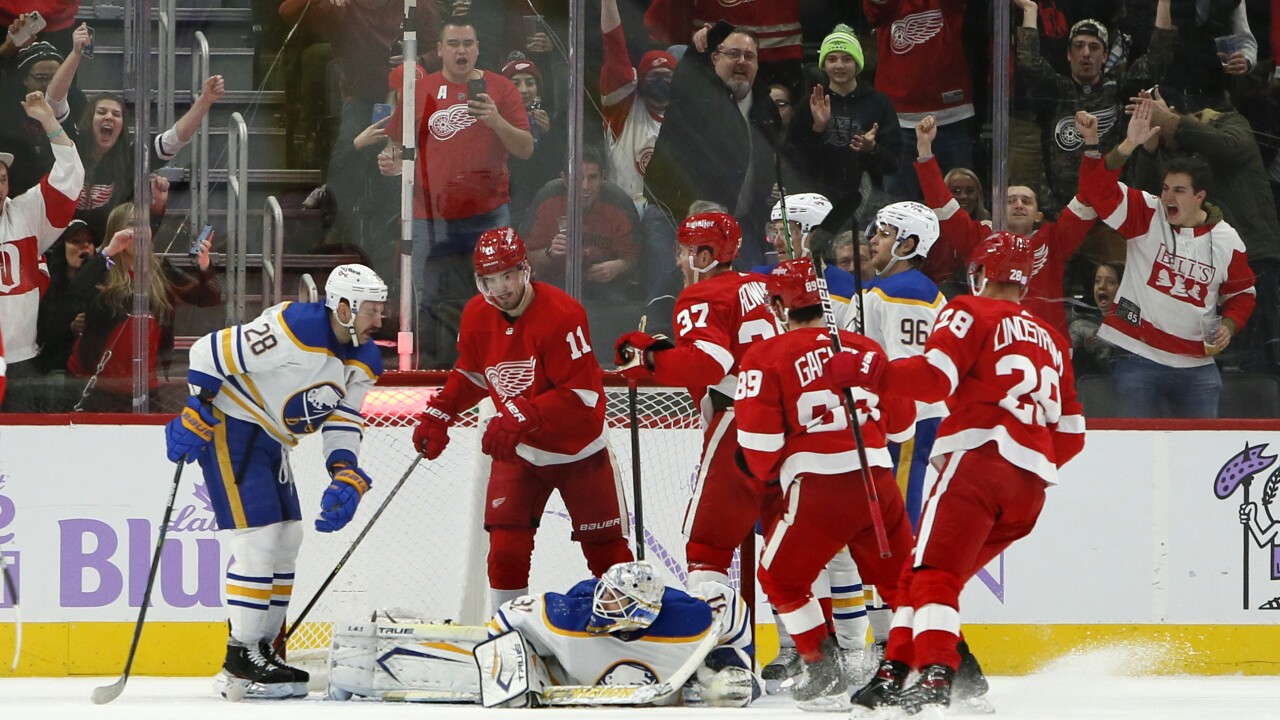 Jeff Skinner’s late goal in the third period helped the Buffalo Sabres earn a point against the Detroit Red Wings on Saturday.

However, rookie Lucas Raymond scored 26 seconds into overtime to give the Red Wings a 3-2 victory at Little Caesars Arena.

Dylan Cozens recorded Buffalo’s first goal and Dustin Tokarski made 38 saves in his second start in as many nights.