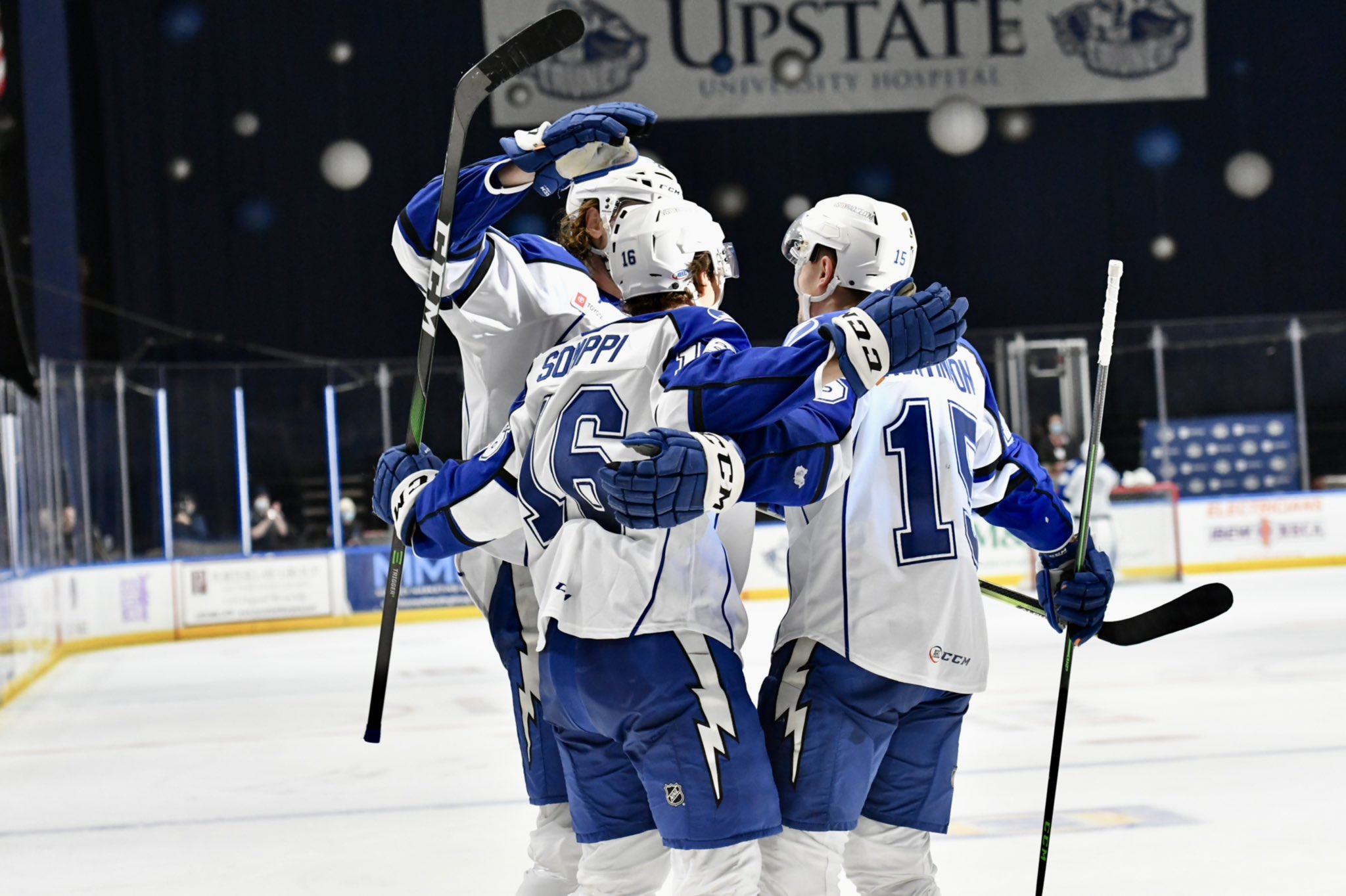 After giving up the first goal, the Syracuse Crunch rattled off four unanswered to defeat the Lehigh Valley Phantoms, 4-1, Friday night at the Upstate Medical University Arena.

The win snaps a six-game skid and advances the Crunch to 6-7-2-1 on the season. Syracuse has also swept the two-game season series against Lehigh Valley.

Goaltender Max Lagace recorded the win with 23 saves in net for the Crunch. Felix Sandstrom turned aside 30-of-33 between the pipes for the Phantoms. Syracuse was unable to convert on three power play opportunities, but went a perfect 2-for-2 on the penalty kill.

The Phantoms opened scoring nine minutes into the game. Jackson Cates came around the back of the cage and centered the puck for Max Willman to chip in with a quick stick out front.

The Crunch evened the score at the 16:32 mark of the second period. Cole Koepke cut behind the net before sending the puck out for Remi Elie to score with a one-timer from the bottom of the left circle.

Syracuse added three more goals in the third period to rally for the win. At 12:21, Otto Somppi redirected Andrej Sustr’s wrister from the high slot. One minute later, Gabe Fortier fired a shot as he cut between the circles that went off Gabriel Dumont’s stick and in. With 1:38 remaining in the game, Daniel Walcott potted an empty-netter to secure the victory.