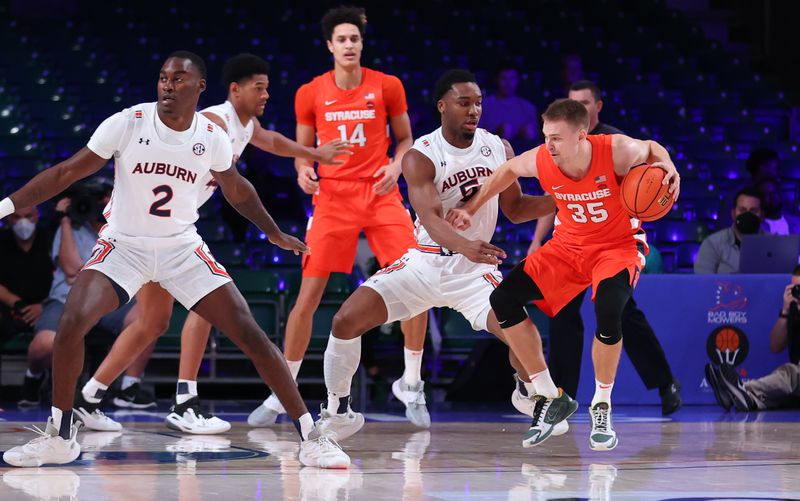 Syracuse drops to 3-3 with the loss while Auburn improved to 5-1.

Buddy Boeheim, Cole Swider and Jesse Edwards each scored 17 points, but the rest of the Syracuse lineup had just 16 points combined. Joe Girard and Jimmy Boeheim each hit season-lows of three points apiece.

Back to work for Indiana Tuesday night in the Dome. pic.twitter.com/Z2ioYLXA7C

Syracuse and Auburn have only met one other time on the hardwood. That happened in the 2003 NCAA Tournament Sweet 16. The Orange has the three seed in that game, while Auburn was the 10. Syracuse jumped out to an early 10-2 lead and led by as many as 17 in the first half. Auburn would not go away, however, and trimmed the advantage to 10 at intermission. Syracuse controlled most of the action in the second half, and a late rally by the Tigers was not enough as the Orange advanced to the Elite Eight with a 79-78 win. Carmelo Anthony had a team high 18 points for Syracuse, while Marquise Daniels had 27 for the Tigers.

Fun stat: The only other time Syracuse played Auburn in basketball, the Orange won the National Championship that season.