Everyone appreciates having free time, time that we can spend on our hobbies, going for a walk, meeting friends, or simply taking a break from the hectic pace of working life.

The relationship between happiness and free time seems to be directly proportional. As our free time increases, so makes our sense of well-being, but to what extent? Is there a limit?

Is too much free time a bad thing? This has been a question that has been addressed experimentally over the last decade and whose revealing data we will discover below. 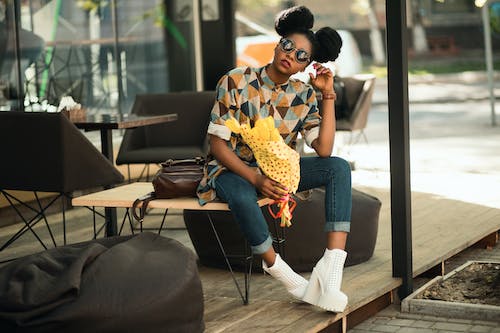 Is it wrong to have too much time off?

Most workers live the frenetic pace of day-to-day life. Most of our days are taken up with work obligations, making us feel like we have no time for anything. We tell ourselves that we need more vacation, that we wish our weekends were three days long, or, fingers crossed, we get off work early.

Why do we associate that the more working hours we have, the less time we have to enjoy our hobbies, family, friends, and rest, activities that bring us well-being and satisfaction? For this reason, most people have in their heads the idea that having more free time means being happier, but… What is true about this statement? But what is so true about this statement, and can having too much free time be a bad thing?

This question prompted Marissa Sharif’s group, made up of researchers from the universities of California and Pennsylvania, to carry out a study focusing on the extent to which free time means well-being and happiness.

Neither too much nor too little

While previous research has already pointed out that too little time off implies dissatisfaction and a lack of well-being, too much time off is not always a good thing. In Sharif’s research, entitled The Effects of Being Time Poor and Time Rich on Life Satisfaction, the researchers analyzed data from a sample of about 35,000 people.

In the first part of this research, they analyzed data from 21,736 U.S. citizens who participated in the American Time Use Survey between 2012 and 2013, in which participants indicated what they had done in the 24 hours before answering the questionnaire, indicating the time of day and duration of each activity they had done, in addition to reporting their degree of well-being.

The essay writer Sharif and other researchers found that, as free time increased, so did well-being, but there was a limit: at two hours, it was maintained, and when they had five hours of free time, it began to decrease noticeably.

Too much free time

In another phase of their research, Sharif et al. (2018) also analyzed information obtained from 13,639 Americans who participated in the National Study of the Changing Workforce between 1992 and 2008. There were all kinds of work-related questions in the survey, but some were aimed at finding out how much leisure time the participants possessed. Among these questions were:

“On average, on the days you are working, how many hours/minutes do you spend in leisure activities?”

Again, Sharif’s group found that high levels of free time were significantly associated with high levels of well-being, but there was still a limit. People who exceeded that free time limit did not manifest greater well-being beyond that point, meaning that more free time is not synonymous with more happiness. It’s like in the story of Goldilocks: neither the little chair nor the big chair makes her happy, only the medium-sized one.

To better understand this phenomenon, researchers conducted two online experiments involving a sample of more than 6,000 participants. In the first experiment, volunteers were asked to imagine themselves having a certain number of free hours each day over a six-month period.

The second experiment was to find out the potential role of productivity. To do this, participants were asked to imagine having moderate (3.5 hours) and high (7 hours) free time per day. Still, they were also asked to imagine spending that time on productive activities (e.g., exercising, hobbies, or running) and unproductive activities (e.g., watching TV or using the computer).

While the researchers had initially focused on finding out the relationship between subjective well-being and the hours of free time available, investigating how people spend their leisure time and to what extent it influences their well-being also yielded revealing findings. Their research suggests that having entire days of free time to fill can lead to a feeling of unhappiness.

With this in mind, the research highlights the need to learn how to properly manage free time, especially when one finds oneself going through periods such as retirement or being unemployed.

People in this type of situation may run the risk of feeling deeply dissatisfied, unhappy, and feeling that they are wasting time, which is why it is highly recommended to fill the empty time with activities such as attending training courses, enrolling in languages, playing sports or doing any activity that has an organized time frame.

17 mins ago
First responders from an array of local companies were called to a major building fire on Lerch Road. The fire ... MORE

9 hours ago
On Monday around 7 a.m. deputies were dispatched to Route 13 near Seeley Road in Cayuta for a tractor-trailer rollover ... MORE

7 hours ago
Ontario County is rolling out a grant program today to help tourism and hospitality businesses negatively affected by the COVID-19 ... MORE

4 hours ago
The Cayuga County Sheriff’s Department wants your input on how it can best serve the public. The department has posted ... MORE

3 hours ago
Chris Cuomo was fired by CNN, just days after he was suspended following reports he had played an active role ... MORE