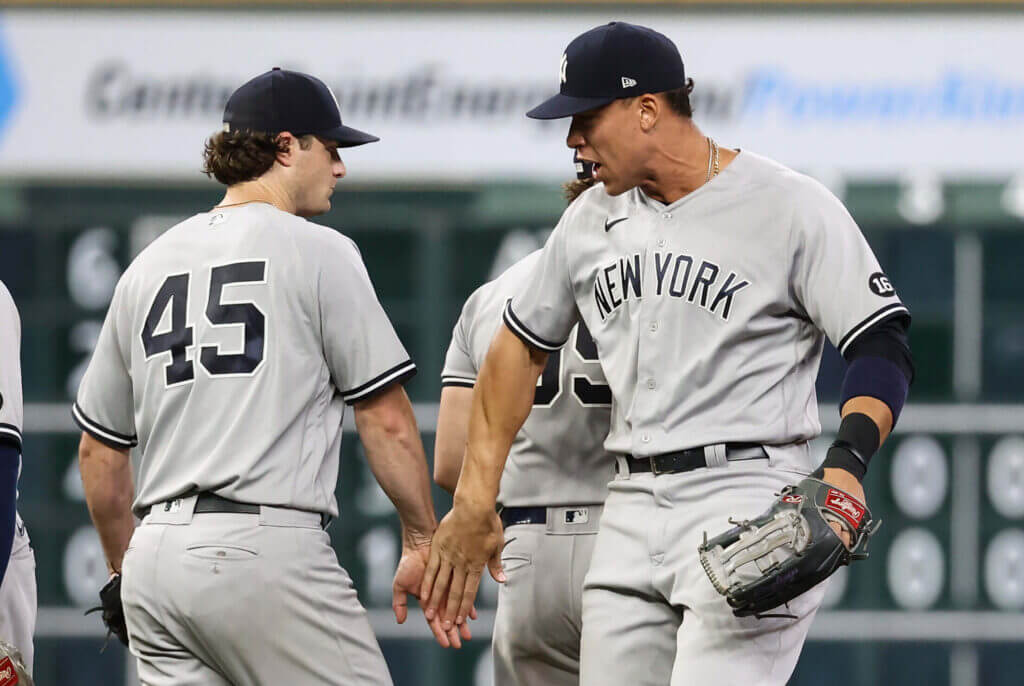 Aaron Judge and Gerrit Cole have been named First Team selections for the All-MLB Team, with the Yankees duo shining among the game’s top stars.

The selections were announced Tuesday on MLB Network. Selections were determined by a fan vote and a panel consisting of media members, former players and baseball officials.

Coming off a season in which he led the Yankees in most offensive categories, Judge is joined by Bryce Harper of the Phillies and Juan Soto of the Nationals in the First Team outfield.

In his second season with the Yankees, Cole finished second in the AL Cy Young Award voting, posting a 16-8 record with two complete games and a 3.23 ERA.

It is the third consecutive All-MLB selection for Cole, who was on the First Team in 2019 with the Astros and appeared on the Second Team last year.

Cole ranked third in the Majors with 243 strikeouts, the second-most by a Yankee in a single season behind Ron Guidry’s 248 strikeouts in 1978.