Police say the Ithaca-Tompkins Specialized Response Team served a search warrant on Lake Avenue, resulting in several firearms, drugs, and tens-of-thousands in cash being taken into possession by law enforcement.

The warrant was served at 306 Lake Avenue. It stemmed from a lengthy investigation into weapons and narcotics activity in the city.

During the execution of the search warrant – three illegally owned handguns, including a ghost gun, as well as a shotgun, assorted ammunition, 1.9 pounds of methamphetamine, and over 350 individual doses of Suboxone. There were several other small quantities of narcotics, high-end bicycles, and power tools, which had been previously stolen.

Police did not identify any individuals arrested. They thanked the community who assisted with the investigation. 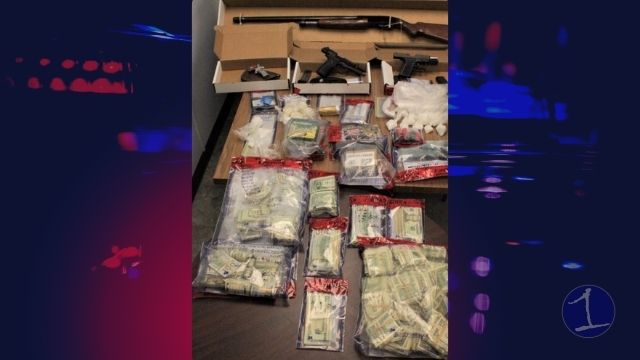