How Metaverse can affect cryptocurrency

NFT innovations came at a faster pace, expanding the capabilities of blockchain technology. In the midst of this is Metaverse, which has shifted the focus of many individuals and companies involved in blockchain to a new inclination to investment. Metaverse has piqued the interest of many individuals and businesses, with Facebook rebranding itself as Metaverse to be at the forefront of this VR/AR digital infrastructure.”Metaverse has the potential to be the ultimate equalizer of the first half of the twenty-first century by creating an actual global plaza for people to be included, integrating their physical and digital existence in an authentic hybrid experience,” says Igor Tasic, founder of Metaverse advisory firm. Metaverse, meaning a digital concept, includes the construction of an alternate universe where individuals can model their image to whatever they want to be and perform real-life tasks such as buying things, gaming with friends, and other activities, just as physics deals with the laws that govern the physical world (such as gravity or the properties of waves). Metaverse can be compared to real alternatives as you explore your time in the real world, that is, a true hybrid experience, yes not breathing but certainly vibrant. Hello and welcome to the Metaverse. 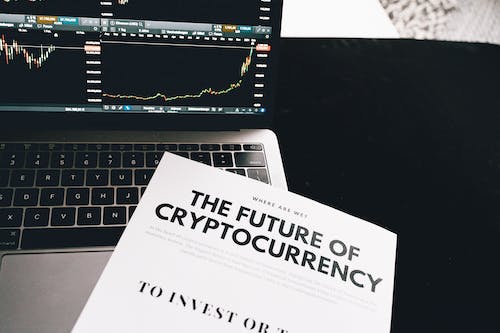 RELATIONSHIP BETWEEN METAVERSE AND CRYPTO

Should it have been said that Satoshi Nakamoto has seen the future of blockchain with nearly endless possibilities when he published blockchain technology through Bitcoin in 2008, where decentralization offered by blockchain would be the most important innovation of Metaverse? In the metaverse, crypto is set to play a pivotal role. Decentralization via cryptocurrency would allow individuals to hold digital assets, thereby propagating control and, as such, saving the Metaverse world from oligopolistic rule. Blockchain offers an avenue where every individual has a say in the decision-making and statuses of the digital world dependent on allocations held and not where two or more companies control the market as seen in oligopolistic market structures.

The metaverse is a virtual universe that is similar to the actual world. But how does the adventure sound with a digital world so entwined with your real–life and Bitcoin as the key to digital asset ownership, encouraging your investments? This was a significant boost to investments. The tokens MANA, Gala, and Sandbox are among the most popular projects in the digital world, have risen by more than 200 percent, claiming new all-time highs. Imagine yourself in the digital world, as you buy USDT, Bitcoin, Ethereum, or another crypto from a trusted exchange in a cryptocurrency market to trade or hold crypto-gaming tokens with similar huge percentage increases to invest, profit, and have fun as the digital world reflects your fantasies, allowing you to explore your dreams and wishes in the digital wonderland. Isn’t it cool?

The digital world should be given a similar possibility through cryptocurrencies, just as the actual world is becoming more habitable with blockchain interventions in banking. According to Sina Kian, Aleo’s vice president of strategy, “The role that large cryptocurrencies could play, in my opinion, is underappreciated. Digital currencies are ripe for usage as a payment system between diverse parties in a digital realm akin to the metaverse”. Accessibility, democratization, security, and transaction speed are all advantages of the blockchain. As you transact in the digital world, you can relax knowing that your digital assets are secure thanks to blockchain’s powerful cryptography and encryption technology. You are not subjected to central authorities because each decision is made on an individual basis. Furthermore, the multi-task capability of blockchain, which allows many transactions to be completed and confirmed in real–time, along with the scalability possibilities of cryptocurrencies, allows for quick transactions, making blockchain and cryptocurrency an essential aspect of Metaverse. Would you rather live in the digital world, namely Metaverse, a functional successor to today’s 2D Internet, with virtual places instead of web pages, where everything is safe, profitable, and entirely decentralized?

With the experimental part of Metaverse now rolling in, how much more help can the internet offer? In the actual world, you buy, sell, and occasionally make payments with Bitcoin, Ethereum, Cardano, or Tether/USDT, among other things; Metaverse and the digital world as a whole may give this and more. According to Chris Fortier, Rally’s Vice President of Product, Metaverse may be anything that offers digital presence, engagement, and identity. NFTs established a foothold and are still operational, but Metaverse can be compared to a digital newborn with the most up-to-date vastness.