Roger Clemens. Sandy Koufax. Cy Young. Greg Maddux. All these men, plus many more, are rightly considered to be some of the best pitchers that baseball has ever seen. During their time on the field of play, they were a constant thorn in the batting team’s side, throwing wicked fast-balls that they never stood a chance of hitting, achieving thousands of strikeouts and plenty of no-hitters between them. 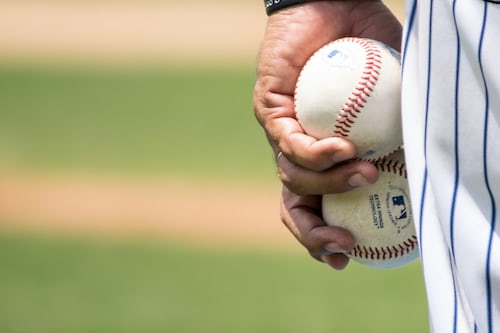 While these great names are rightly considered to be some of the greatest pitchers of all time, what about in the last 10 years? Who, in this period, has performed consistently at such a high level, that you’ll be telling your children and grandchildren all about, showing off to them that you got to see them in their prime?

Of course this list is open to interpretation, as stats alone aren’t enough to fully justify exactly who is the greatest pitcher over the last decade, as some of it is to do with gut feel, and the excitement you feel when they walk out onto the mound.

When you are looking to find odds and place bets on baseball, the pitcher is incredibly important to which team you put money on. They have the ability to change games in an instant, and make a losing bet suddenly turn into a winning one. The rx.com has a wide range of MLB betting stats, and is a great website if you are looking for MLB expert picks, as it covers every game that happens in major league baseball.

Let’s take a look at some of the pitchers who should rightly be considered as the best in the last 10 years.

There are plenty of lists about the best MLB pitchers of the last 10 years, and very few have the exact same order. One thing that most seem to be able to agree on, however, is that Clayton Kershaw is clearly the best pitcher we’ve been lucky enough to witness in the last decade.

He joined the LA Dodgers way back in 2008, and has been a key part of their set up until just a few weeks ago, when his contract expired. In his time playing at Dodger Stadium, he constantly showed why he should not only be considered as the best pitcher of the last decade, but one of the greatest of all time.

Kershaw is an 8-time All-Star, from 2011 to 2017, and again in 2019. He finally won the World Series in 2020, when the Dodgers (who were the bookies favourites) beat the Tampa Bay Rays after a gruelling 6 game final. During his time, his 2.47 career ERA (earned run average) and 1.00 WHIP (walks plus hits per inning pitched rate) are some of the lowest amongst any starters in the live-ball era. He also has a career hits allowed per nine innings pitched average of just 6.78, which is the second-lowest in the history of the MLB. No wonder he was signed up to a then record seven year contract, which was worth $215 million.

If that isn’t enough for you, he also pitched a no-hitter on the 18th of June in 2014, becoming only the 22nd Dodger player to ever do so. It is no wonder he is considered to be the best pitcher in the last 10 years. 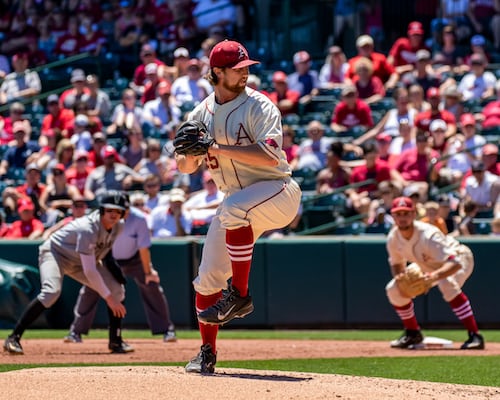 Another great player from the last decade is Justin Verlander, who has played for the Detroit Tigers and the Houston Astros. He is another 8-time All-Star, and helped the Astros to the 2017 World Series. That year he was also awarded the ALCS MVP.

His most successful season actually came in 2011, where he hit his second no-hitter of his career against the Toronto Blue Jays (the first came in 207 against the Milwaukee Brewers) won the Pitching Triple Crown, the American League CY Young Award, and the AL MVP.

Also ranked high up this list is Max Scherzer, who has also turned out for the Tigers, as well as more recently for the Washington Nationals and the Dodgers. His career in the MLB began back in 2006, and in which time he became a World Series champion with the Nationals in 2019, and also made the All-MLB First Team in the same year. As his contract has now expired, people will be eagerly looking for the odds on where he might end up next, and hoping their placed bets are proven correct.

In 2015, he became just the sixth pitcher in the history of the MLB to record more than one no-hitters in a single season. Then, in 2016, he tied the record for nine-inning single-game strikeouts, with 20. He would make the All-Star team 5 times playing for the Nationals. In total, he has made 3,200 Strikeouts.

Other great pitchers that certainly deserve a mention are Chris Sale of the Chicago White Sox and the Boston Red Sox, and Corey Kluber of the Cleveland Indians. Sale was placed on the All-Star team for 7 consecutive seasons, had a win-loss record of 114-74, and made 2,059 strikeouts. Kulber, meanwhile, had an earned run average of 3.19, a win-loss record of 103-61, and won the American League in both 2014 and 2017.

McDonald’s Breakfast schedule, all you need to know

6 mins ago
McDonald’s breakfast start and end time explained. The chain has a breakfast option for almost everyone. But what times can ... MORE

42 mins ago
McDonald’s adds the most popular fan creations to its “secret menu” for limited time. Its no secret that McDonald’s has ... MORE

46 mins ago
January of 2022 was the first month Social Security recipients were able to see their new COLA increase of 5.9% ... MORE

1 hour ago
Americans are asking if there will be a fourth stimulus check in 2022, and while that doesn’t look likely, there ... MORE

60 mins ago
Cayuga County’s monthly unemployment rate has dropped below 3% for the first time, reported the NYS Department of Labor earlier ... MORE