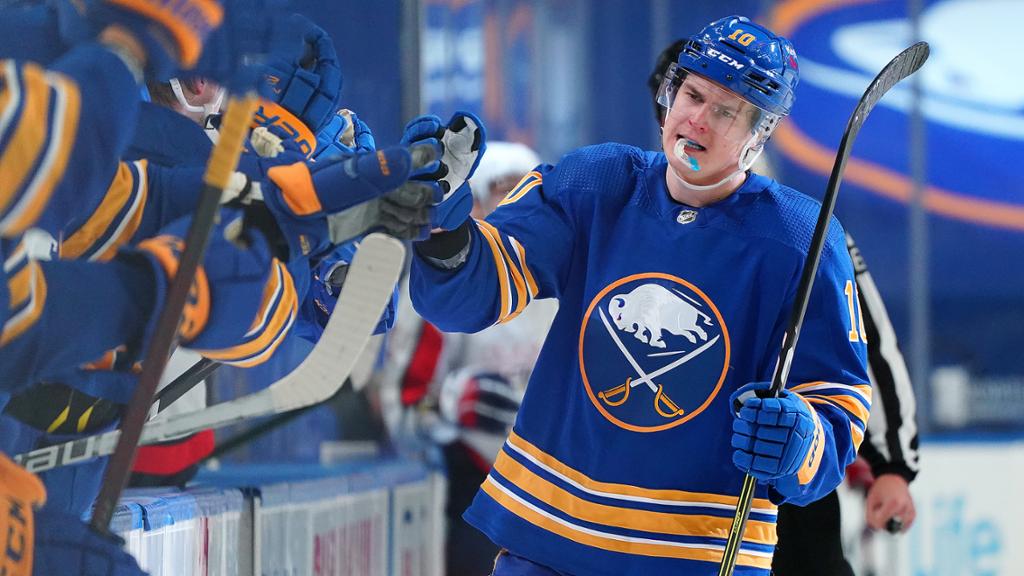 Henri Jokiharju was the first from the injury list to return to practice on Friday. The defenseman did everything during the session, but he’s not going to play Sunday against the New York Rangers. Don Granato said, “Henri looked great, it’s just a matter of strength and making sure we give him the time to get back to strength.

BIG NEWS: @henrijokiharju is back on the ice with the team! ?#LetsGoBuffalo pic.twitter.com/kUxxa2Ua4w

“The only concern going forward would be how fast he may fatigue.” Granato said it usually takes a guy two to four practices at most before they get back going.

Jokiharju has been out since the opener against the Montreal Canadiens. In the first period he took a shot on the ankle, but never left the game. As it turned out, he played the last two periods with a broken bone in his ankle. Jokiharju said, “I just kept the boot on with the skate and that helps you play through the game, but if you take that boot off, it swells and you can’t put the skate back on.”

Jokiharju has missed 15 games and he said, “It’s been tough because I was waiting all summer to get back and then that happened, so it was a big setback for me.”

Jokiharju has been on the ice for over a week. He said it’s been easier being with some of the other guys, “It was a long process with the trainers on the ice and I had Vic, Mitzy and Tucky on the ice as well, so it was bad for our team that it was that many guys but it was nice that I didn’t have to be there by myself.”

With five games next week, Jokiharju hopes to return in that stretch.