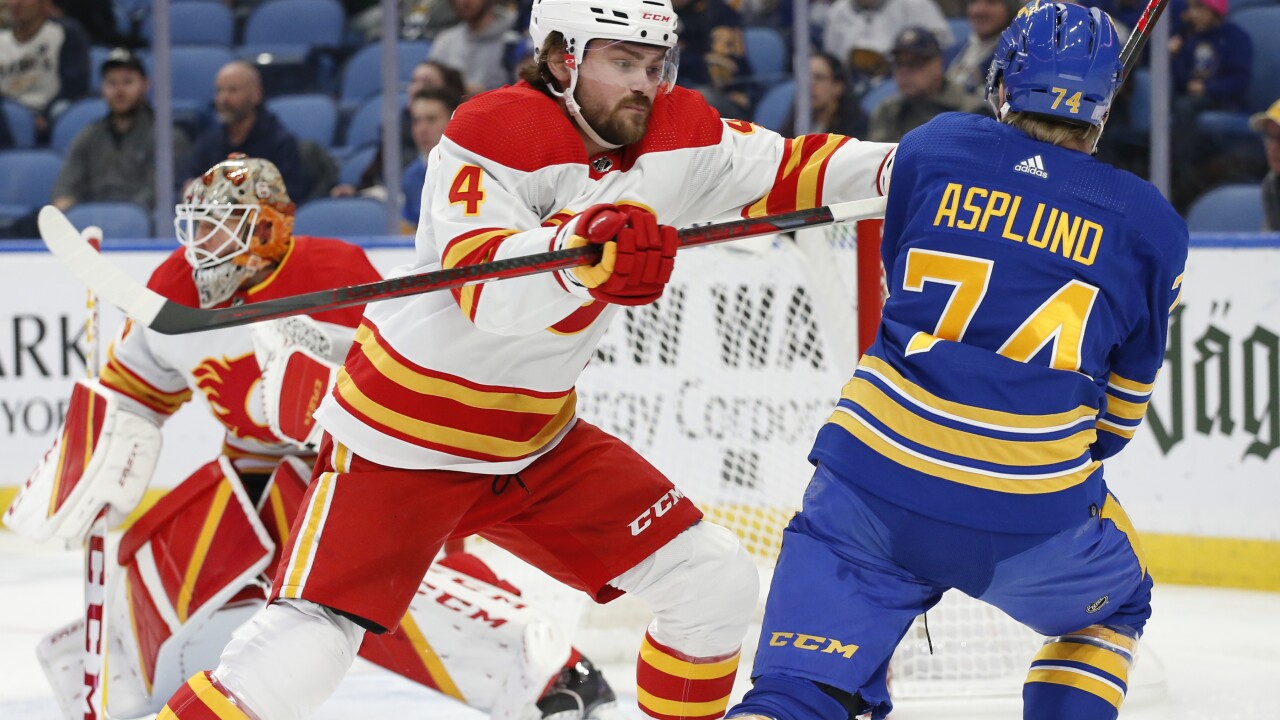 The Buffalo Sabres’ 5-0 loss to the Calgary Flames was all but sealed on Thursday when the team allowed three goals in a span of 1:37 in the second period.

Dustin Tokarski made 18 saves on 23 shots before being relieved by Aaron Dell at the start of the third period. Dell stopped all 10 shots he faced.

Johnny Gaudreau and Andrew Mangiapane each scored twice for Calgary. Matthew Tkachuk recorded a goal and two assists. Gaudreau also had an assist for a three-point night.

Jacob Markstrom made 27 saves to record his sixth win of the season and fifth shutout.