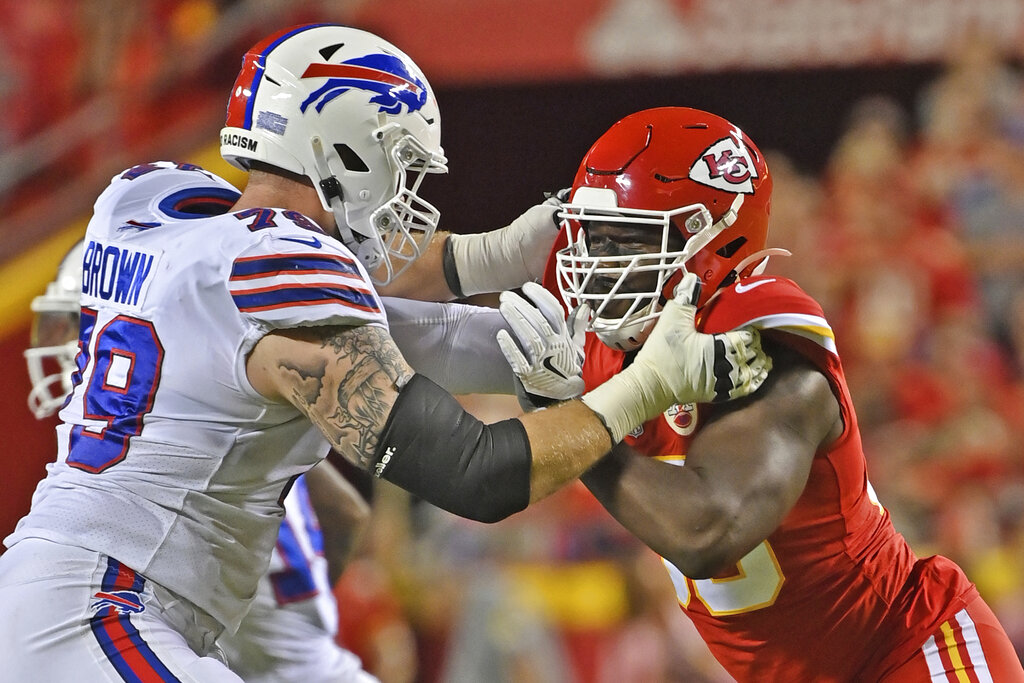 The Reserve/COVID-19 list has been far too active for the Buffalo Bills’ liking in recent weeks.

On Thursday, the Bills (6-3) have movement regarding it in both directions.

The team announced that offensive lineman Spencer Brown was placed on the designation. On the positive side, wide receiver Jake Kumerow has been removed from the list.

Unfortunately for Buffalo, by comparison, Brown has been a far larger impact maker for the team in recent weeks.

Brown returned from a back injury last week against the New York Jets and the play from the entire offensive line improved. Now, he’s sidelined again for the Bills’ upcoming game against the Indianapolis Colts (5-5).

The next question is Brown’s vaccination status.

Per NFL rules, if the rookie right tackle is not vaccinated, he is now out 10 days, no questions asked.

If he is, Brown has to return two negative tests on back-to-back days before re-joining the team.

That’s a critical question because Buffalo is on a short week.

After hosting the Colts, the Bills play on Thanksgiving Day on Thursday against the New Orleans Saints.