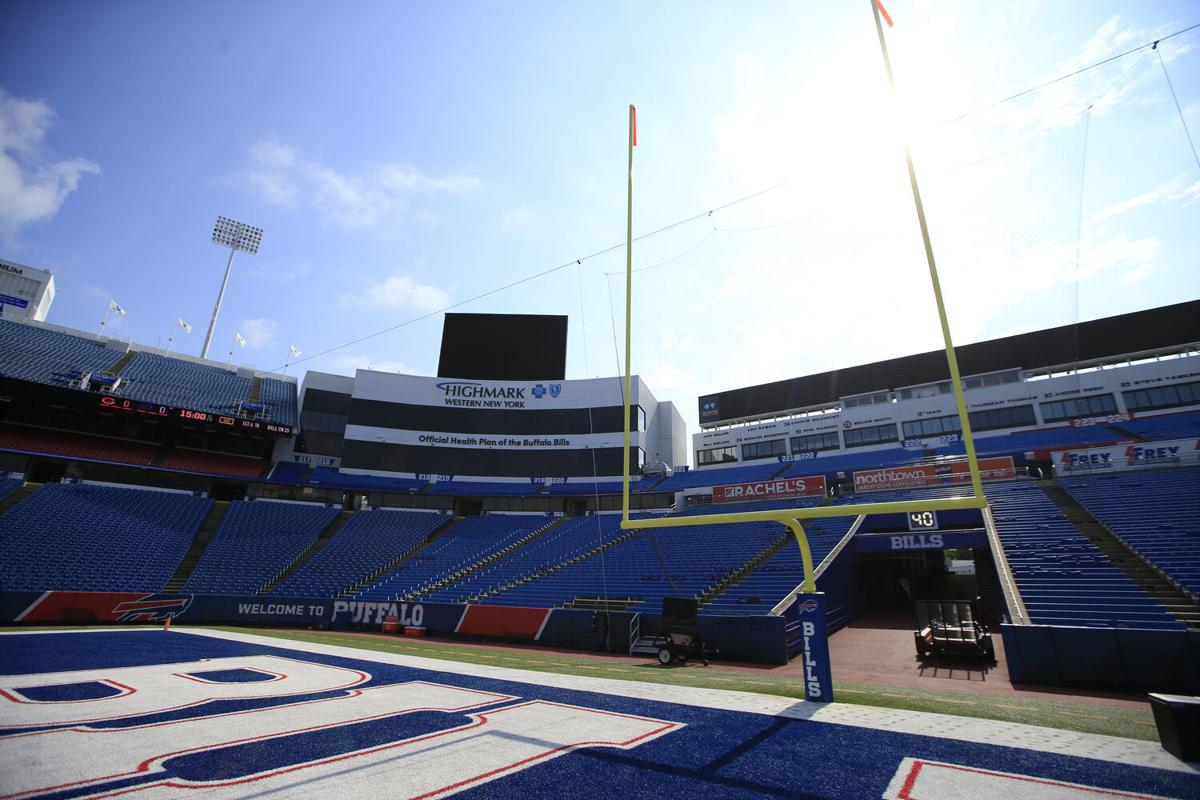 Gov. Kathy Hochul said Tuesday that she expects to address a new Buffalo Bills stadium in her annual budget, setting an expectation that lease and stadium agreements will be made by mid-January.

Hochul’s comments are in line with a similar timeline put forth by Erie County Executive Mark Poloncarz last month, when he said he wanted to have a lease agreement in place by the end of the year.

“Conversations are ongoing,” Hochul said. “They’re very complicated negotiations, as you can imagine anytime you’re negotiating with entities like this. But they’re very much moving on track. My expectation is that I’ll be able to address this in my budget. So that’ll be the outer timeframe of concluding the deal.”

According to Article VII of the state constitution, the governor is required to submit a budget to the legislature on “the second Tuesday following the first day of the annual meeting of the legislature” – unless it was an election year, in which the governor gets until Feb. 1. The legislative calendar for 2022 isn’t finalized yet, but assuming they meet in the first week of the month, Hochul’s budget would be due Jan. 18.

The legislature must pass the budget before the fiscal year starts on April 1.

“We’ve been having a very, very good relationship and we’re intent on getting this done,” Hochul said. “So we are intent on keeping the Buffalo Bills here for many, many, many decades to come.”

The state’s stadium study concurred with the team’s findings that building a new stadium was preferable to renovating the current Highmark Stadium, all but ensuring that negotiations were pointing toward a new facility.

The Bills have proposed a $1.4 billion stadium across the street from their current location in Orchard Park. Some groups have called for the stadium to be placed in the city, which the state says could cost $2.1 billion.

The Buffalo Common Council scheduled three public hearings in December for residents to make their voice heard on the future of the Bills stadium. The Bills’ current lease with Erie County expires in July 2023.