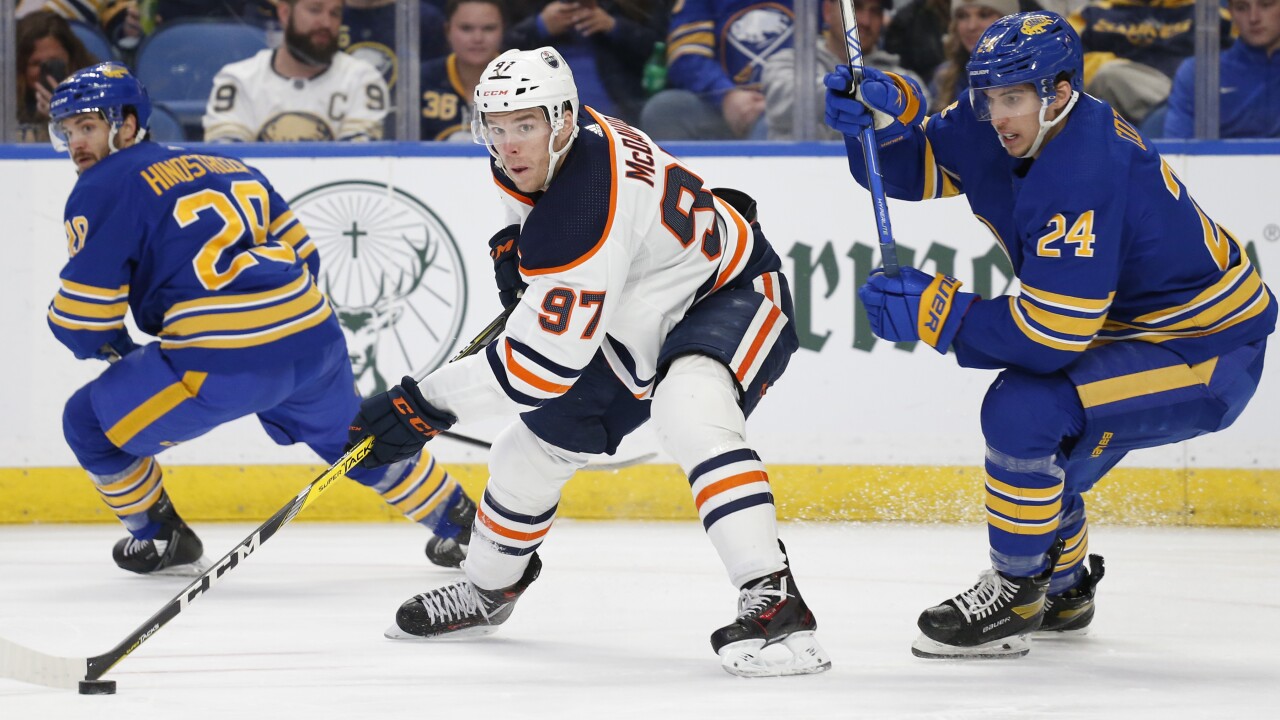 The Buffalo Sabres battled through a slew of penalties and, thanks to a pair of goals from Dylan Cozens in quick succession, defeated the Edmonton Oilers 3-2 Friday night at KeyBank Center.

Cozens recorded the first multi-goal game of his career and Dustin Tokarski turned aside 33 shots to earn the victory.

Leon Draisaitl scored both of Edmonton’s goals on the power play. Start Skinner made 20 saves.

The Sabres were 0-for-3 on the power play and 4-for-6 on the penalty kill. The Sabres took three minor penalties in each of the first two periods, but stayed out of the box in the third.