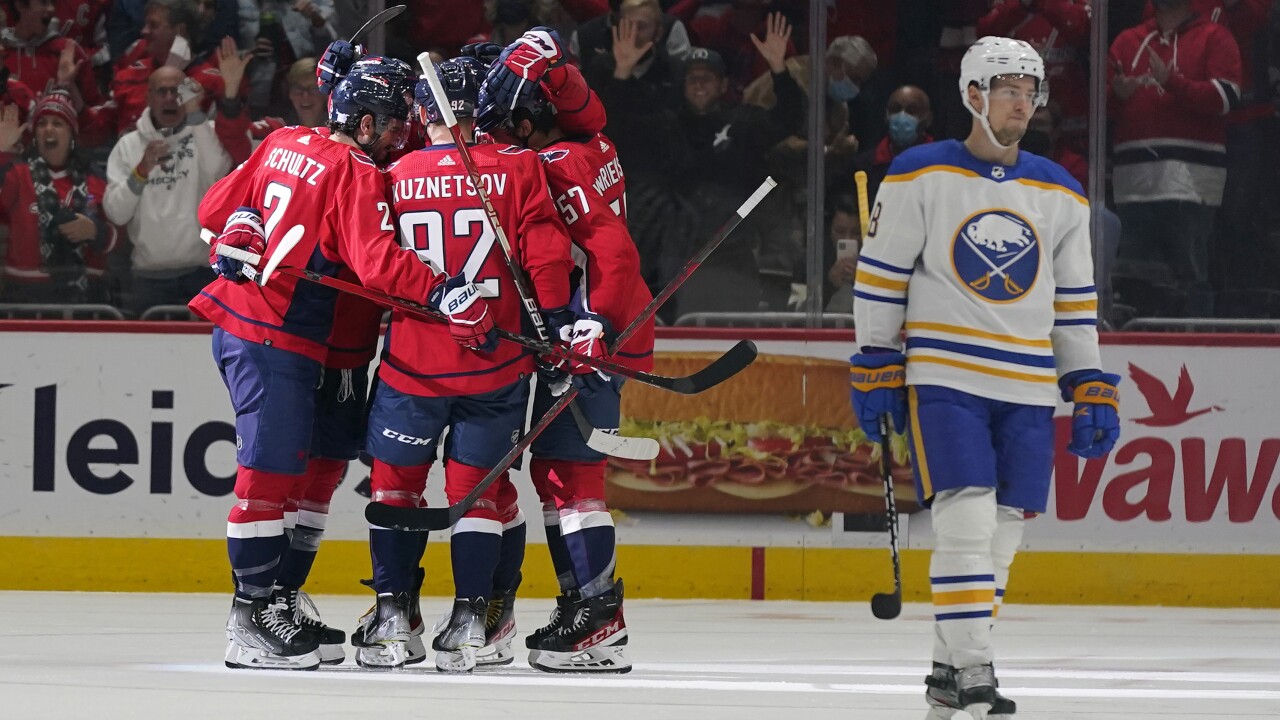 Ovechkin now has 741 goals in his career and is 154 away from breaking Wayne Gretzky’s all-time mark of 894.

Cody Eakin, Anders Bjork and Colin Miller scored for Buffalo at Capital One Arena while Dustin Tokarski stopped 25 of 30 shots.

Also scoring for Washington was Tom Wilson with two goals, as well as Connor McMichael and Conor Sheary. Vitek Vanecek made 25 saves.

Buffalo’s power-play finished 0-for-3 and the penalty kill was 2-for-3 on the night.