First responders and local residents were quick to act Friday afternoon after a motor vehicle crash in front of the WFLR studio in Penn Yan.

Finger Lakes News Radio reports that a car struck two parked cars before colliding with a box truck, which was stopped at a red light between Main and Elm streets.

The impact caused the vehicle to overturn onto its side.

One of the parked vehicles was pushed back onto he sidewalk where it nearly missed striking a teenage girl who was walking by at the time of the wreck.

The driver of the vehicle was transported to Strong Memorial Hospital.

The intersection was closed for a period of time while emergency crews worked the scene. It reopened around 4:30 p.m. according to Finger Lakes News Radio. 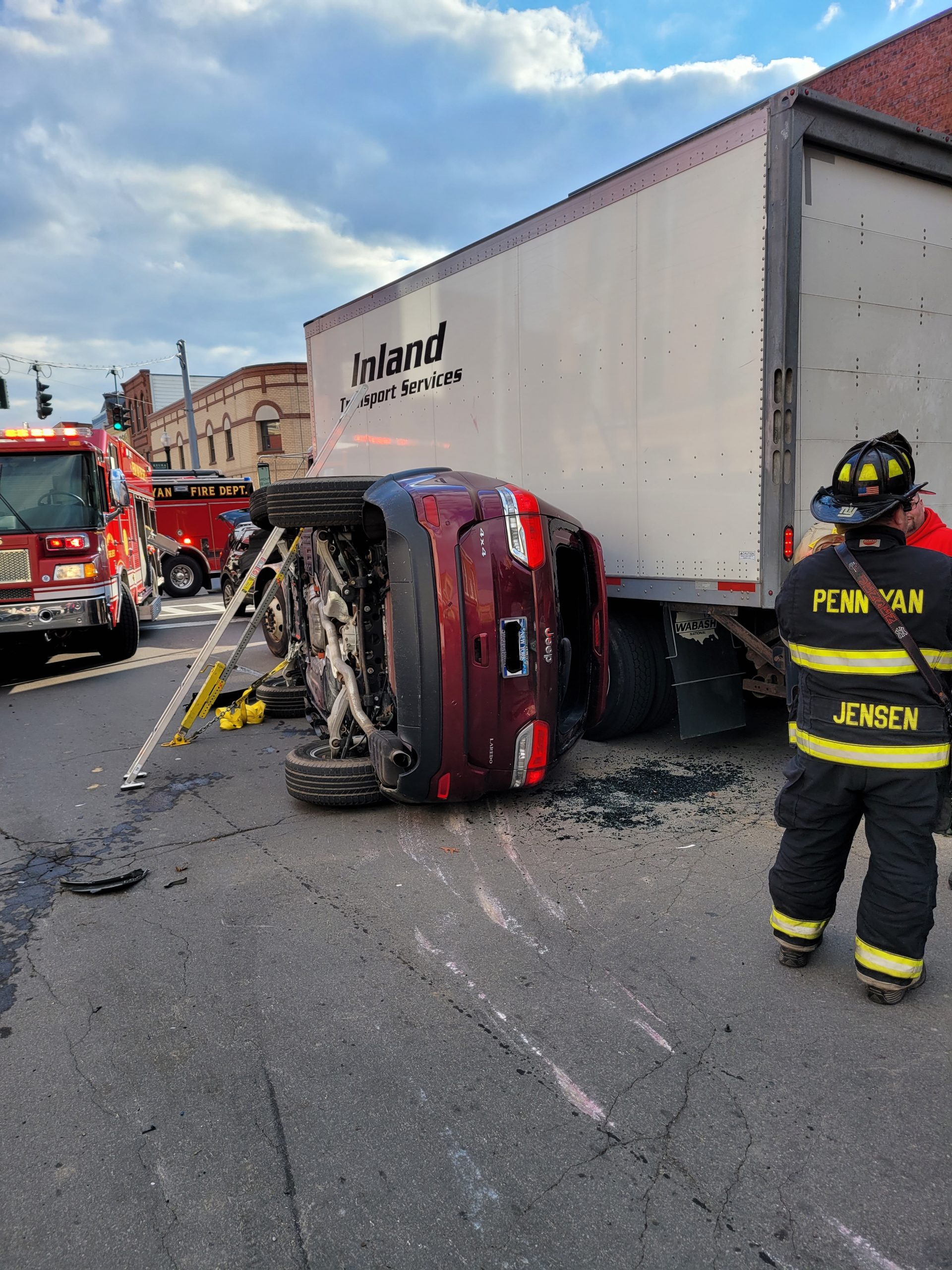