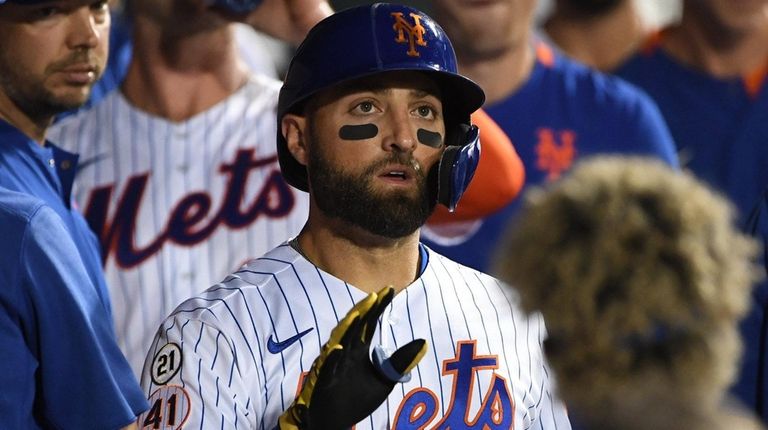 The Mets, who had already entered the offseason tied for the highest number of free agents in baseball, now have one more. Outfielder Kevin Pillar declined his $2.9 million player option for 2022, and the Mets subsequently declined their $6.4 million team option, triggering a $1.4 million buyout.

In effect, Pillar made $5 million during his lone season with the Mets. He can now test the open market for the second consecutive winter.

Best known for his quick recovery from the 94 mph Jacob Webb fastball that hit him in the face in May, Pillar missed only two weeks despite undergoing facial surgery to repair multiple broken bones. That storyline overshadowed what was otherwise a pedestrian season for Pillar, who hit .231/.277/.415 in 124 games while providing roughly league-average defense at all three outfield positions. When Brandon Nimmo missed time due to various injuries, it was Pillar who stepped in as the everyday center fielder.

However, Pillar’s unique contract structure prompted him to decline his option. So long as he can earn at least $1.5 million in free agency, he will come out better financially.

As such, the Mets will need to acquire at least one everyday outfielder through free agency — if not Conforto, then someone who can replicate or exceed his production. The Mets could have interest in a reunion with Pillar, though they may ask prospect Khalil Lee to fill that role instead.