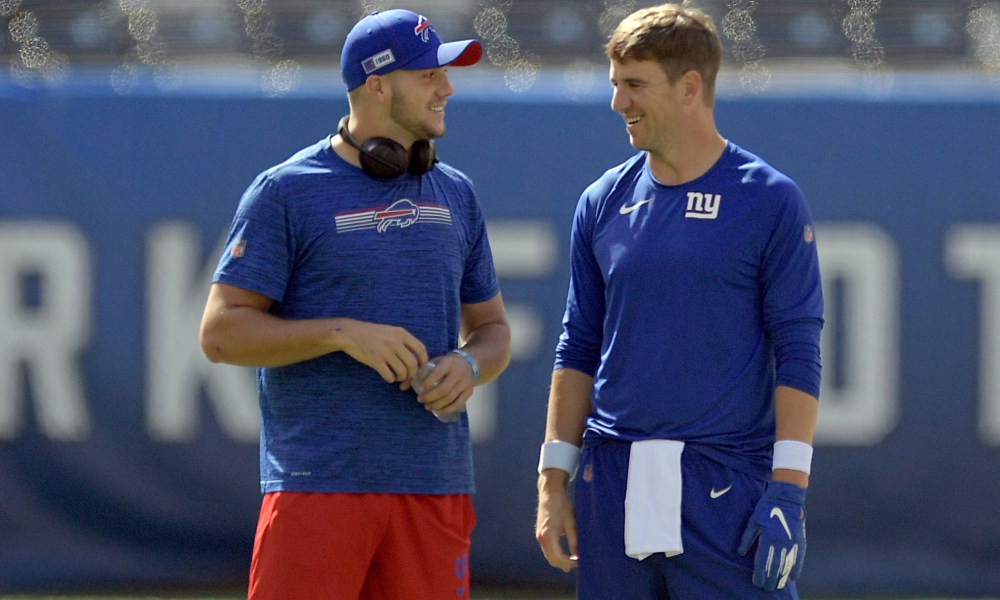 There’s going to be a special guest on tonight’s edition of Manningcast on ESPN2.

Josh Allen will be interviewed during the third quarter of tonight’s Kansas City Chiefs vs. New York Giants game.

Peyton and Eli Manning commentate on the Monday Night Football games on select weeks on ESPN2. The feed is also available on the ESPN app.

Allen’s relationship with the Mannings began in 2017 when he attending the family’s passing academy. Last week, Allen talked about his admiration for the family and revealed that he often receives ‘good luck’ messages from the Manning family patriarch Archie before Bills games. “I do have a good relationship with Peyton and Eli going back to the Manning Passing Academy, said Allen last week. “And Archie texts me once in a while, which is really cool. It’s super surreal that he texts me and wishes me good luck and stuff. They’re the ultimate football family. So yeah, if they asked me, I’d definitely go on.”

Allen spoke about his experience at the Manning Academy in this Wyoming News article from 2017.

Allen posted another noteworthy outing on Sunday against the Miami Dolphins. He posted a passer rating of 100.2 – setting a franchise record with his fifth consecutive game over 100. With three touchdowns, he has accounted for 112 touchdowns in his first 50 NFL starts – the total is tied for the third-most in NFL history. He also has 28 rushing touchdowns which is tied for the most with Cam Newton in a quarterback’s first 50 NFL starts.