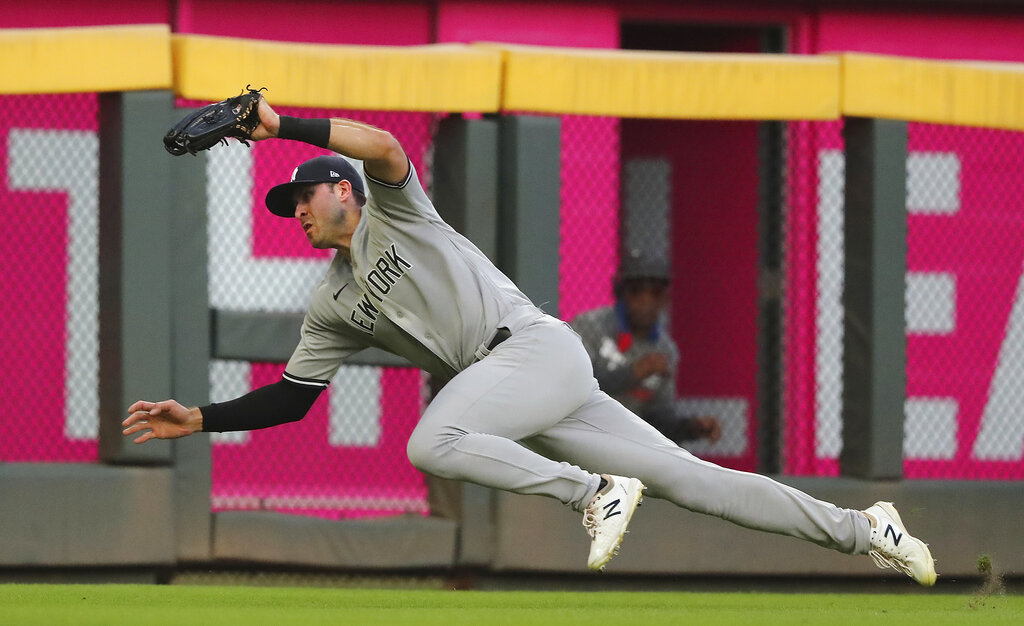 Rawlings Gold Glove Award finalists have been released and Yankees OF Joey Gallo is among the three finalists for right field.

The other finalists are the Boston Red Sox’ Hunter Renfroe and the Houston Astros’ Kyle Tucker.

When the Texas Rangers traded Gallo to the Yanks, he usually played left field with Aaron Judge in right. However, he did play his most outfield innings in right this past season (764.2) and owned a plus-11 defensive runs saved.

Gallo also produced nine assists in right field, with 14 total on the year.

The 27-year-old has another season in the Bronx, likely playing more left field again with Judge in play. But one of the main reasons the Yanks brought him over at the trade deadline was due to his athleticism as a two-way player, and that was on display in the field despite some struggles at the plate.