Home » Chance The Rapper » Amerks tripped up by Senators, 7-3

Amerks tripped up by Senators, 7-3 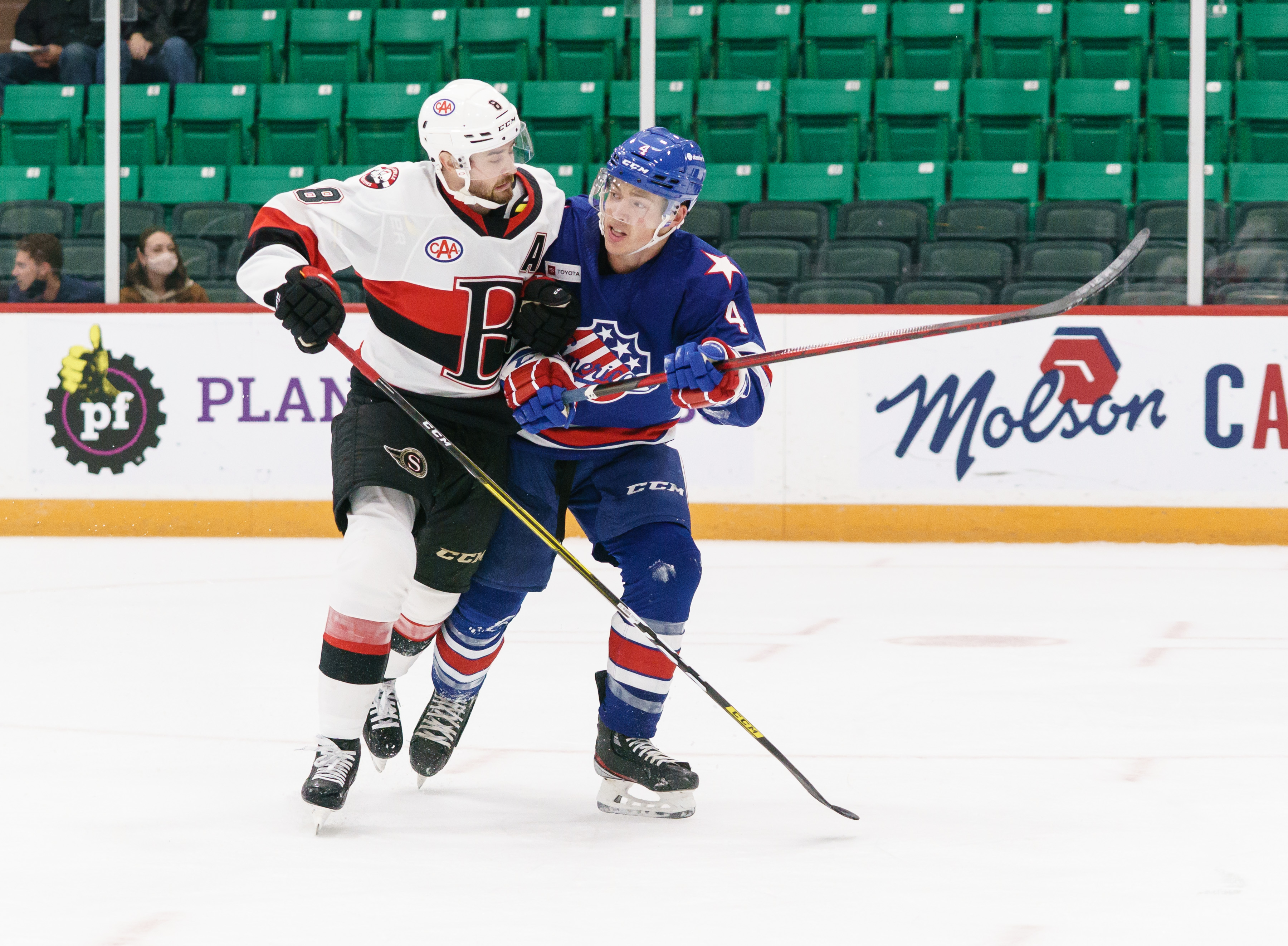 Forwards Mason Jobst (1+1) and Brandon Biro (0+2) each recorded multi-point efforts in their season debuts, but the Rochester Americans (2-2-0-0) dropped a 7-3 decision to the North Division rival Belleville Senators (3-2-0-0) Wednesday night at CAA Arena. The regulation loss was the Amerks’ first in 10 road games all-time against Belleville having entered the matchup with a 6-0-3-0 record.

Through the first 19 games all-time with the Senators, Rochester has scored two or more goals in 16 contests, which includes 11 games where they have produced four or more tallies.

In addition to Biro and Jobst’s multi-point outings, Jack Quinn pushed his point streak to four games to start the season as he picked up the secondary assist on Michael Mersch’s power-play goal. Through the first four games of the season, Quinn has recorded seven points (4+3), just two off the league lead among all AHL rookies, and has totaled 10 points (4+6) over his last seven games dating back to the 2020-21 campaign.

Peter Tischke also made his Amerks debut while goaltender Ukko-Pekka Luukkonen (1-2-0) made his third appearance of the season, finishing with 23 saves.

Egor Sokolov, who entered without a point through the first four games of the season, posted a career-high four-point night (2+2) while Jake Lucchini (1+2), Cole Reinhardt (0+2) and Jacob Bernard-Docker (2+0) all had multi-point efforts. Coby Williams and Andrew Agozzino capped off the scoring in the win while first-year netminder Kevin Mandolese (1-1-0) stopped 30 of the 33 shots he faced to earn his first victory of the season.

With three goals in the opening period, Belleville carried a 3-0 lead into the intermission. Bernard-Docker’s first tally of the night 3:52 into the contest marked the fourth time this season the Senators scored the game’s first goal of the contest.

Following back-to-back strikes by Bernard-Docker and a marker from Agozzino at the 15:41 mark of the first period, Williams’ first of the season cushioned Belleville to a 4-0 advantage with 13:32 left in the middle frame.

Rochester responded immediately afterwards, however, as Craggs batted in the puck out of midair for his first of the season from Biro and Jobst.

The goal was Craggs’ first as an Amerk while Jobst earned his first assist with Rochester this season.

The Amerks kept pressing to chip away at the 4-1 deficit as they drew three consecutive power-plays, which included a five-on-three advantage for 61 seconds.

On the third infraction, Rochester capitalized when Mersch redirected a shot as he was out in front of Mandolese with 6:09 left in the period. Before the initial point-shot from Laaksonen, Quinn centered a pass for the blueliner to earn the primary assist.

The Senators countered back with a pair of goals from Sokolov to reclaim their four-goal advantage at the 5:28 mark of the third period.

Rochester was able to trim the score by one as Jobst steered in a Brandon Davidson shot for his first of the campaign. The goal was his first with the Amerks and first since May 15 as a member of the Binghamton Devils.

Despite facing a 6-3 deficit, Luukkonen was pulled for an extra attacker, but seconds after the netminder stepped off the ice, Belleville sealed off the win as Lucchini scored into the vacant net.

The Amerks continue their four-game Canadian road swing on Friday, Oct. 29 in the first of back-to-back meetings against the Laval Rocket at Place Bell. The 7:00 p.m. matchup will be the first between the two teams since Feb. 28, 2020 and will be carried live on The Sports Leader 95.7 FM/950 AM ESPN Rochester as well as AHLTV.y