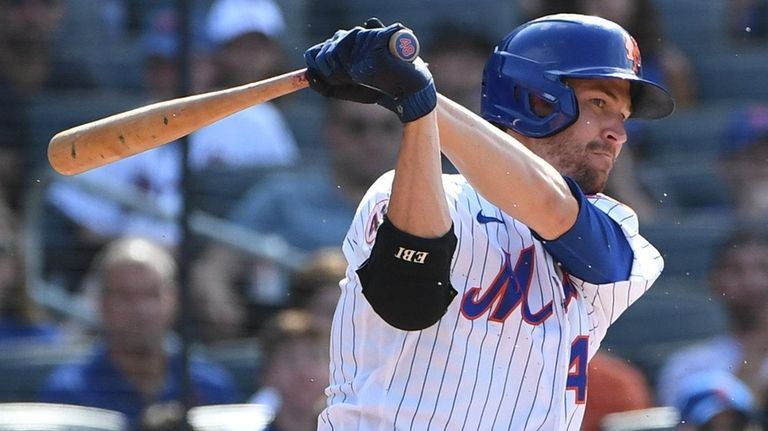 Mets ace Jacob deGrom has been named the team’s lone finalist for the 2021 Silver Slugger Awards.

On his way to a historic season on the mound before an elbow injury ended his season, deGrom was having a strong one in the batter’s box as well.

In just 33 at-bats, the lanky lefty at the plate tallied 12 hits, including a double, and tied his career high with six RBI — constantly coming in clutch for himself and the team. In fact, at one point in the season, deGrom had driven in more runs at the plate than he had given up on the mound.

Always a threat with a bat in the past, the All-Star took it to another level this season, finishing his 2021 campaign with a .758 OPS — good enough for seventh on the team among players with at least 30 at-bats.

The nomination shouldn’t come as too much of a surprise as the former shortstop has a career batting average of .204 and has three career home runs in 383 at-bats to go along with nine doubles and 29 RBI.

DeGrom is up against German Marquez (Rockies), Max Fried (Braves) and Madison Bumgarner (Diamondbacks). Finalists are based on votes cast by managers and coaches and the winners will be announced on Nov. 11 at 6 p.m.