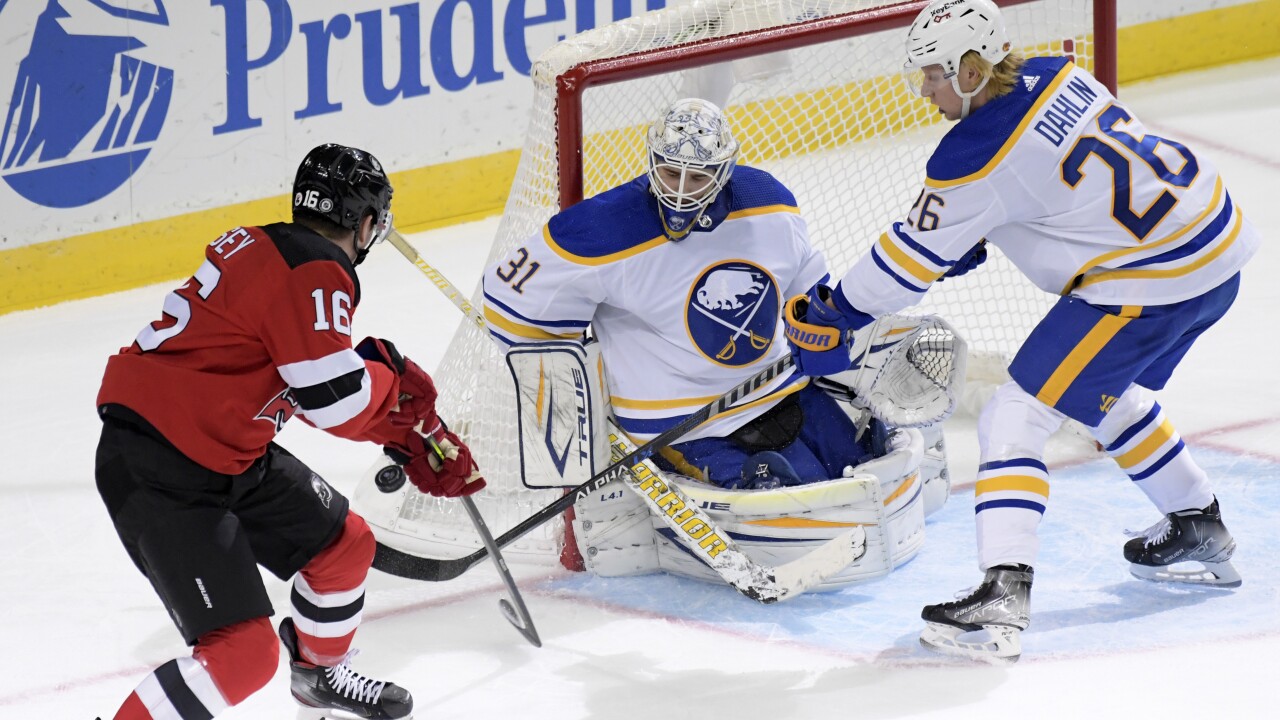 Dustin Tokarski stopped 37 shots, including 14 in the third period in the Buffalo Sabres’ 2-1 overtime loss to the New Jersey Devils on Saturday at Prudential Center.

Pavel Zacha scored with 1:51 left in overtime to give the Devils the extra two points. Nico Hischier scored early in the third period to tie things up and then New Jersey controlled play for much of the final 20.

Nico Daws made his NHL debut in net, turning aside 24 Sabres shots.

Make this move and you can boost your Social Security payments

2 hours ago
People that retire to collect Social Security are able to choose what age they want to start collecting their benefits ... MORE

2 hours ago
More Californians can expect stimulus aid from their state starting today. The latest batch of the Golden State Stimulus II ... MORE

3 hours ago
Some students are getting free money from their school, with many already getting the money before Christmas. The Higher Education ... MORE

5 hours ago
Many people that receive food stamps from SNAP are able to utilize discounts, which could help them save money in ... MORE

6 hours ago
A Clifton Springs woman has been charged with DWI after a one car crash in Hopewell. Investigators say 47 year ... MORE