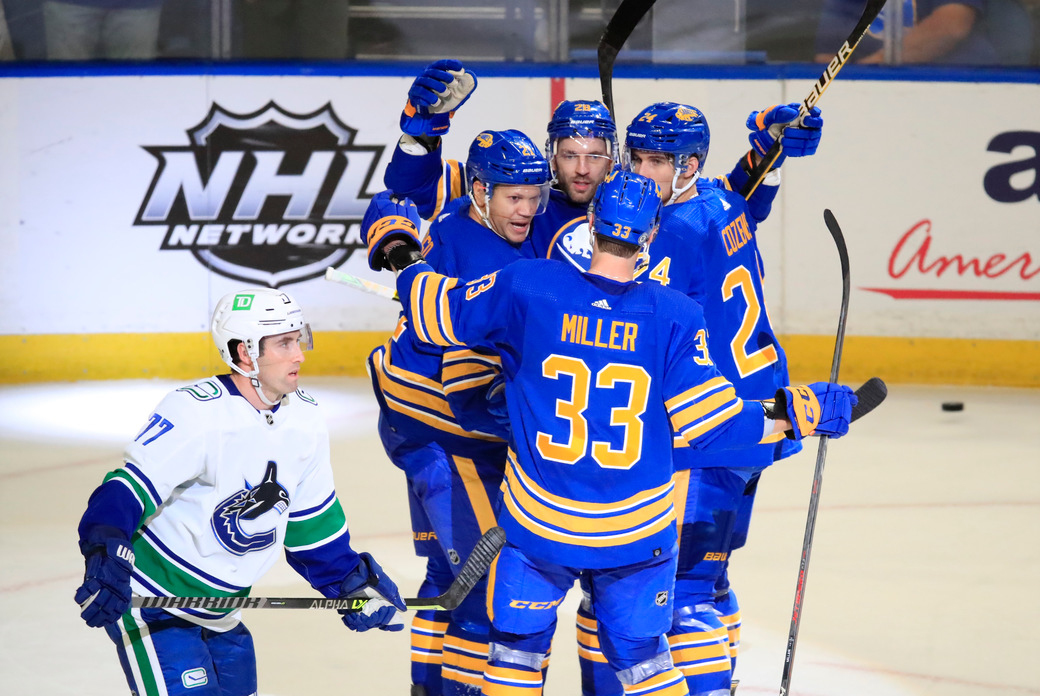 The Buffalo Sabres scored a pair of goals 23 seconds apart early in the third period to defeat the Vancouver Canucks 5-2 on Tuesday at KeyBank Center and propel the team to a 3-0-0 start.

Kyle Okposo scored the 200th goal of his NHL career and added an assist. Zemgus Girgensons also had a two-point night. Jeff Skinner and Tage Thompson scored the third-period goals that put Buffalo ahead. Rasmus Asplund scored an empty netter to seal the victory.

Craig Anderson made 32 saves to earn his second win of the season.

Buffalo is 3-0-0 to start a season for the fifth time in franchise history. The last Sabres team to win at least its first three games of the season was the 2008-09 club that won its first four contests.

They have now opened the season by earning at least a point in their first three games for the ninth time in team history.