Beat the other players to the punch, when you delve into these action-packed fight-themed Slots. Why not grab your boxing gloves and prepare for a fist fight, or earn your black belt in a Kung Fu themed game.

Whatever takes your fancy, you’ll need courage and good reactions, as you take to the reels to fight for the jackpot. Read on as we tell you how you can play these Slots online and enter the ring or the dojo, to become the ultimate slot fighter. 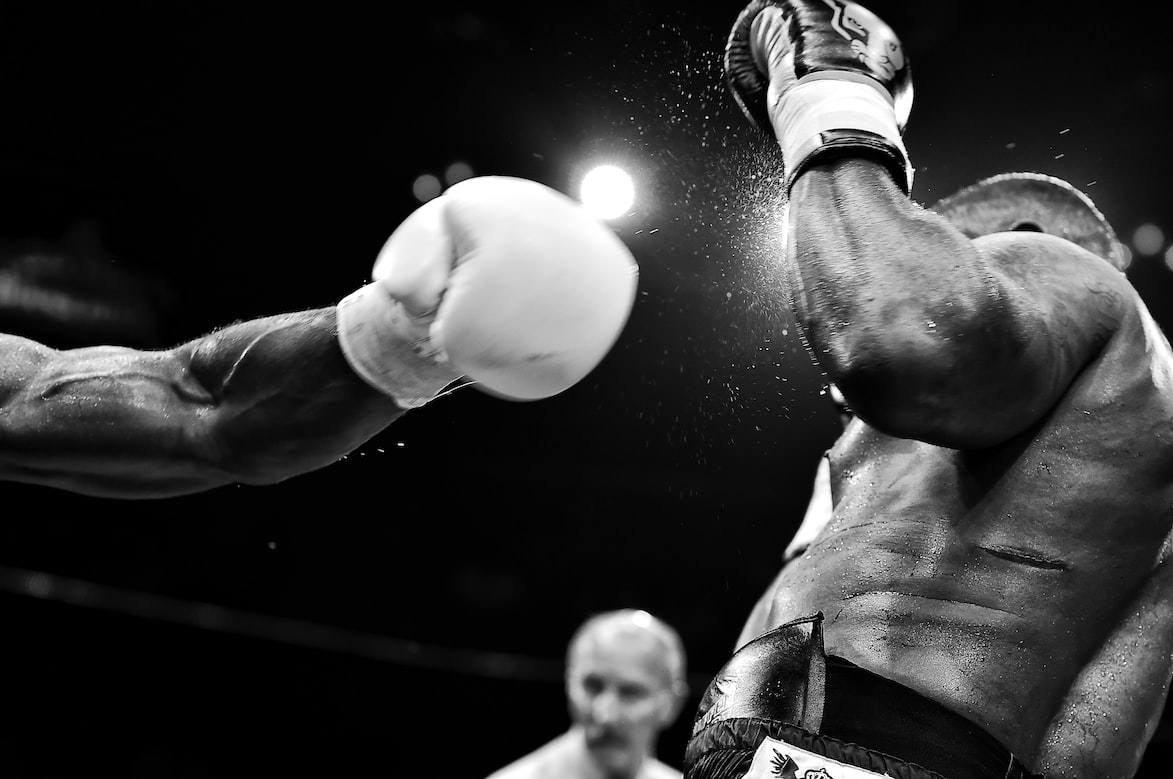 Channel the power of Rocky Balboa in this sparring slot game, and you could walk away with the glory of becoming a champion. Playing across five reels and having 25 pay-lines, this slot deals a serious blow. And by matching symbols across the reels, you’ll be able to block and deal counter-punches to win prizes. What’s more, this game weighs in with a maximum jackpot prize of 10,000 times your initial bet, so you’re going to want to be in it to win it, in this fast-paced number.

You’ll get to play as Rocky himself and spar against the likes of Clubber Lang (Mr T), Ivan Drago and Creed. There are plenty of fist-throwing features in this game and one of the most powerful is of course, the Knockout Bonus.

This will be unleashed into the ring whenever you find a glove symbol on the first and last reel. This will see Rocky face one of his biggest rivals in the ring and for each round that he wins, you could bag yourself a potential bonus.

The Free Spins Bonus is another powerful feature that comes equipped with prize-winning opportunities. You’ll need to find three Rocky logos on the reels to win 15 free spins, which will allow you to keep playing without depositing more of your own cash. If that wasn’t enough, all of your winnings are doubled on free spins, boosting those prizes.

This fight may be wild, but the rewards that you’ll receive, if you walk away victorious, will outweigh the risk of failure. Brought to you by Red Tiger Gaming and inspired by the epic Kung Fu fighter Bruce Lee, Wild Fight will see you kick, chop and transform from student to master. You could start playing with as little as 0.20 credits and could win up to 888 times your stake.

You’ll find an array of themed symbols on the reels, including Chinese characters, gold coins, gloves and nun-chucks. One lethal symbol that you won’t want to miss is Bruce Lee himself, acting as the wild. The martial arts legend will replace all other symbols on the reels except for the scatter.

Speaking of which, the scatter is the majestic gold and silver dragon. If you find these epic creatures on reels one, three and five, you’ll enter the Free Spins round. In this segment, Bruce Lee will grace you with his presence, preceding to hit a punch bag to unleash your free spins.

Whether you’re an experienced player or are a newcomer to Slots, we have no doubt that you’ll be able to float like a butterfly and sting like a bee, conquering these mighty games. Since Slots are completely random, they require no skill to start playing. So, if you’re brave enough, you could punch through these Slots to prove that you have a fighting spirit.

1 hour ago
While there has been a lot of talk about a full-repeal of bail reform – some advocates of substance use ... MORE

2 hours ago
Count Geneva General Hospital and Thompson Hospital (in Canandaigua) among those impacted by Governor Kathy Hochul’s order to delay non-essential ... MORE

55 mins ago
Police in Corning didn’t identify anyone involved or release too many details, but did confirm that an investigation is underway ... MORE

23 hours ago
It’s going to be a windy day and night throughout the Finger Lakes, Central New York, and Western New York ... MORE

1 hour ago
It was the end of an era in Syracuse television last week. Local meteorologist Wayne Mahar celebrated his final broadcast ... MORE