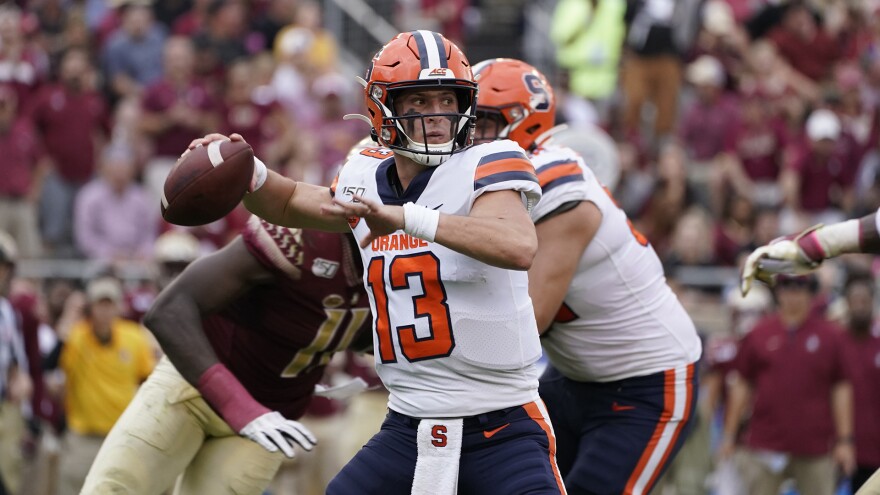 DeVito started SU’s first three contests this fall, completing 61.5 percent of his passes for 388 yards, one touchdown and two interceptions. Then about two hours before the team was scheduled to kick off against Liberty in Week 4, head coach Dino Babers told the quarterbacks that Shrader would get the nod that evening.

DeVito hasn’t played since, watching from the sideline as Syracuse has played four consecutive down-to-the-wire games.

52 mins ago
The Ontario County Sheriff’s Office says it’s investigating a fatal motorcycle crash that happened on State Route 96 in the ... MORE

49 mins ago
The Ithaca Police Department reports the arrest of a 50-year-old following an incident at the McDonald’s restaurant on Elmira Road ... MORE