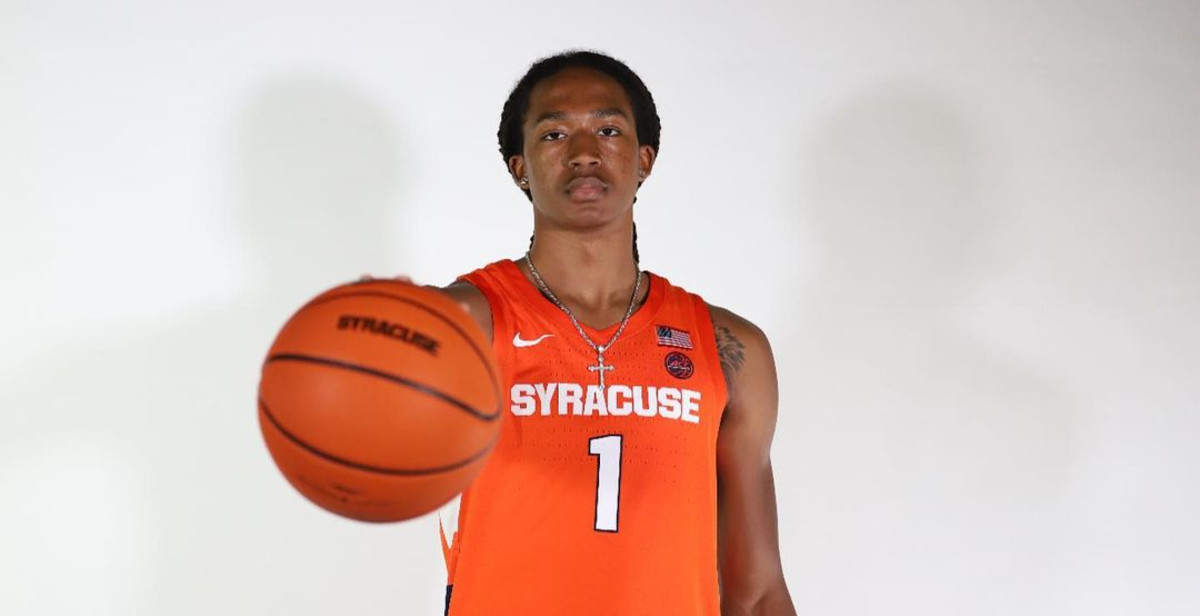 “I chose Syracuse because the school, the campus, everything when I first visited there felt like they were welcoming me,” Brown said. “I built a good relationship with the coaches, the players and the players in my recruiting class that’s going to Syracuse.”

Through the recruiting process, Brown says that relationship with the staff played a large role in his decision.

“Coach G-Mac is a very good coach,” Brown said. “They were recruiting me last year and it just kept going from there. We had a good relationship over the whole Covid thing. We talked a lot, kept communicating. Then me and coach Boeheim started to talk a little bit. I just felt welcomed by them and everybody else (on the staff).”

While it has been a few weeks since Brown’s official visit to Syracuse, he says he knew early on the trip that he wanted Central New York to be his future home.

“I believe it was the first day,” Brown said. “I got there the night before the visit, but the first actual day, I knew that was the place.”

Brown did not inform the coaching staff of his intentions right away, however. A few days after the visit, he spoke with the Syracuse coaches and let them know he wanted to join the program.

“They were not shocked but they were very happy,” Brown said. “I think I called them like two days after my visit and told them. I had talked to all the coaches right after that. They all gave me a call, it was a long conversation, just congratulating me. Very welcoming.”

Also joining the program is Justin Taylor, a shooting guard in the 2022 class. Taylor and Brown are close friends and now will be playing college basketball together at the highest level.

“It means a lot,” Brown said. “Me and Justin have played a lot together when we were younger. It was just fun playing with Justin. He’s a very good player. We have a lot of connections and see a lot of things. I know it’s going to be the same (playing together) but also even better.”

What is Brown bringing to Syracuse?

“A player with a chip on my shoulder,” Brown said. “Coming in just trying to get after it. Being with my teammates, building my character and having a good time on and off the court.”