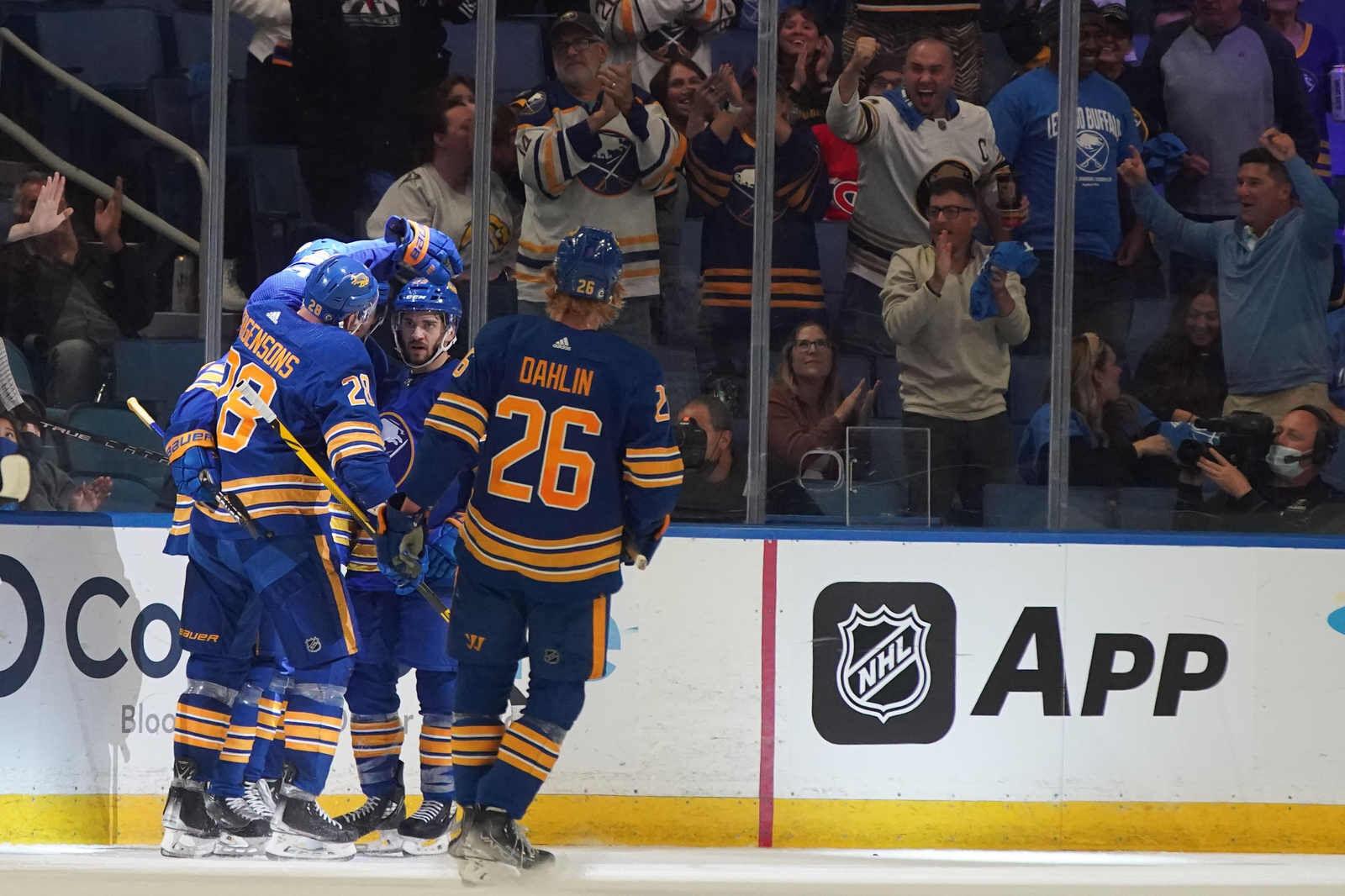 Alternate captains Kyle Okposo and Zemgus Girgensons led the way for the Buffalo Sabres in their 5-1 victory over the Montreal Canadiens on Thursday on opening night at KeyBank Center.

The forwards opened the scoring for the team in the first period. Victor Olofsson and Anders Bjork scored in the second and Tage Thompson added another in the third.

Craig Anderson made 30 saves in his Sabres debut.

Buffalo’s power play finished 3-for-6 and the penalty kill was a perfect 4-for-4.

Chris Wideman scored for Montreal while Sam Montembeault stopped 31 shots in his first game of the season.