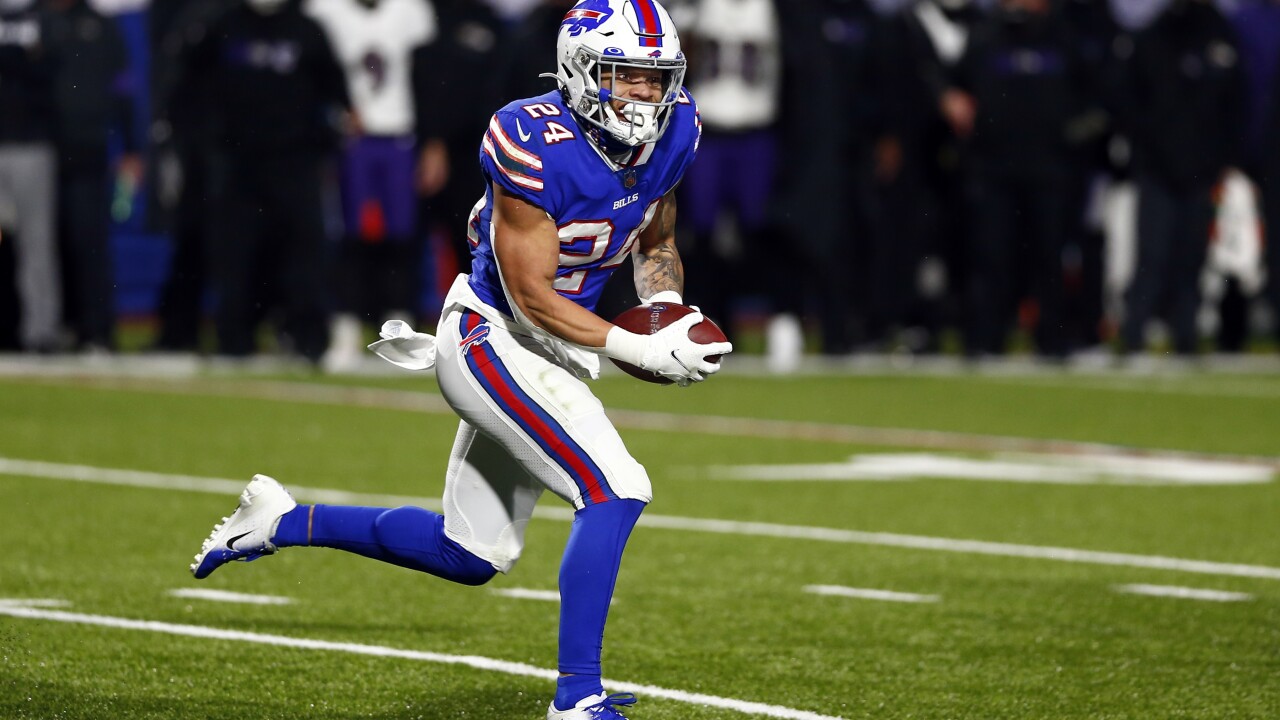 Buffalo’s front office continues to lock up the young core of their roster. On Saturday, the Bills came to an agreement with CB Taron Johnson on a three-year contract extension.

Johnson, who enters his third year as the starting nickel cornerback, emerged into a dependable playmaker last season with two of the more notable plays of the team’s break out 2020 season.

“Love that dude,” said defensive captain Micah Hyde. “Man, he just does everything for our defense. You’ve got to have a nickel that’s a dog, and that’s him. He’s been showing it the last couple years. Just a great kid, a great guy, who has come a long ways. His growth mentally, on the football field, and even off, just becoming a man. It’s so cool to see a young guy like that coming along. He’s been making a lot of plays in this league for a long time.”

His first two years in the league Johnson found it difficult staying healthy and on the field, but committed to adding lean muscle mass to his frame to hold up in what is one of the most demanding positions in Buffalo’s defensive scheme.

“He’s worked extremely hard to get a good grasp of the defense to the point where now he’s like a coach on the field,” said defensive coordinator Leslie Frazier of the former fourth-round draft choice. “And Jimmy Salgado, who works with our nickels has done a terrific job of spending time with him both at practice, in the classroom, pre-practice. So that’s helped as well. He’s developed into a really, really good player, one of the best slot corners in the National Football League. So we are very fortunate to watch his development and see his maturation over this period.”

Johnson no longer just plays his assignment within the scope of the scheme. Much like veteran safeties Micah Hyde and Jordan Poyer, the fourth-year nickel has acquired the skill of disguising the defensive looks to the opposing offense.

“It’s just been a matter of steady growth at the position,” Frazier said. “Against Miami, we were playing a zone coverage where we want to kind of disguise it and make it look like man as much as we can. And he’s doing a good job of that in trying to trick the quarterback, which is something he wouldn’t have done, say, two years ago. But because of his experience, because of his growth, his confidence, he’s able to do things like that and turned out to be a play where he ended up stripping the football and Matt Milano ends up recovering the football just because of some of his disguise. He’s become a big time playmaker for us.”