Yankees embarrassed by Rays with wild-card spot on the line 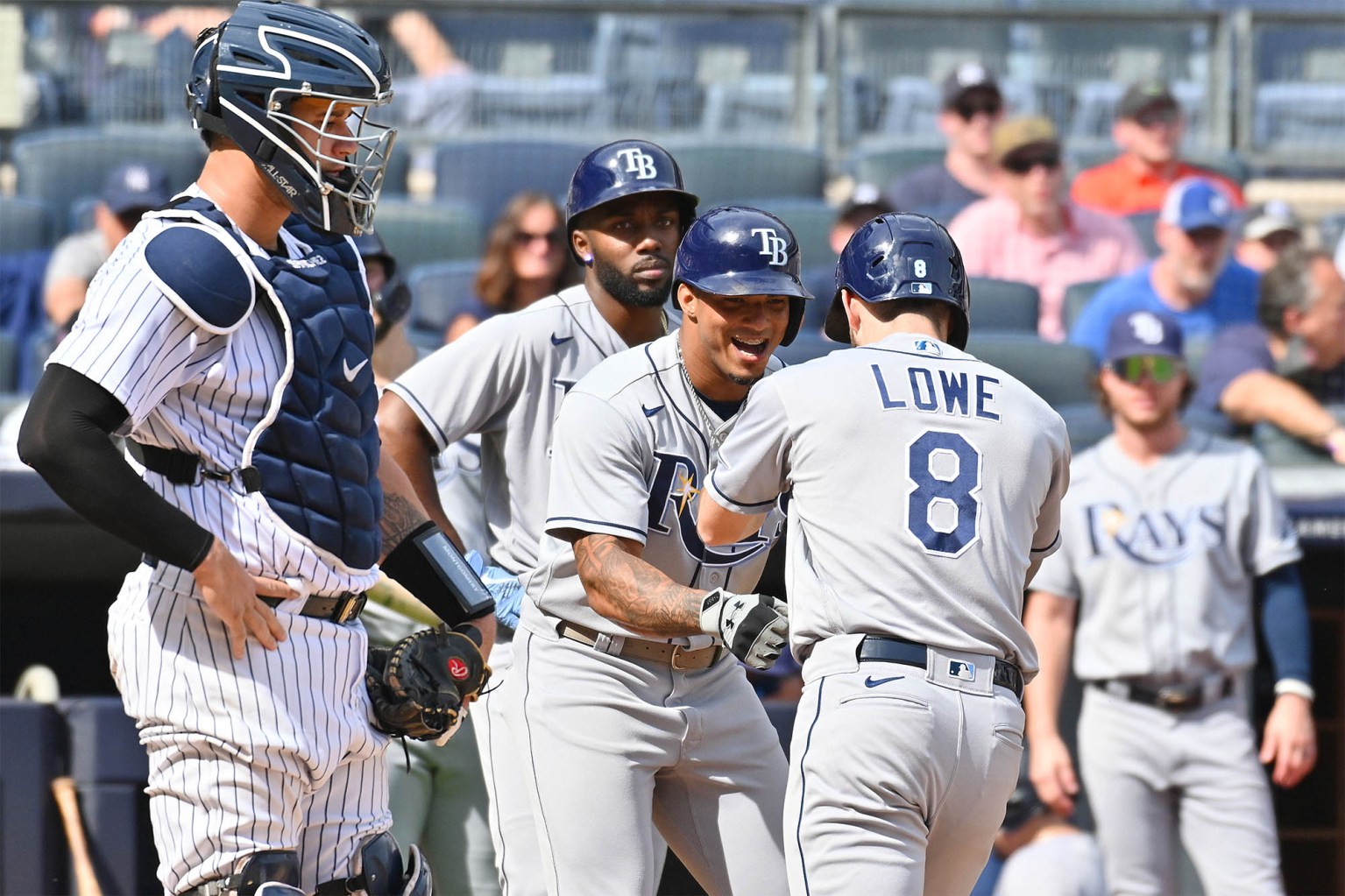 It was six days ago that Giancarlo Stanton emerged from what was described as a raucous visiting clubhouse at Fenway Park, the Yankees having swept the Red Sox to grab the top spot in the American League Wild Card chase. Concerning his team’s rollercoaster season, the slugger remarked: “We aren’t afraid to make it interesting, that’s for sure.”

The final day of the regular season will also make for essential viewing, though Stanton and his teammates would choose a different adjective for their current predicament. Jordan Montgomery was knocked out in the third inning, an unwilling participant in Brandon Lowe’s three-homer performance as the Yankees absorbed a 12-2 loss to the Rays on Saturday afternoon at Yankee Stadium.

The defeat stalled a potential Yankees postseason clinch for a second consecutive day. The Yanks’ (91-70) lead over the Red Sox (90-70) was cut to a half-game, pending Boston’s game in Washington. The Mariners (89-71) and Blue Jays (89-71) also remain in the playoff hunt, vying to participate in the Oct. 5 AL Wild Card Game.

Montgomery has been one of the Yanks’ most effective starters this year, but the left-hander had few answers for Tampa Bay’s lineup. Lowe reached the right-field seats for a three-run homer in the first inning and again in the third, followed by a Mike Zunino solo home run to left field. Montgomery permitted a career-high seven runs over 2 2/3 innings.

Lowe added his third home run in the seventh inning, a solo shot off Michael King. Austin Meadows slugged a three-run blast off Joely Rodríguez that put Tampa Bay up by double digits.

Anthony Rizzo hit his 22nd home run (eighth as a Yankee) in the loss.