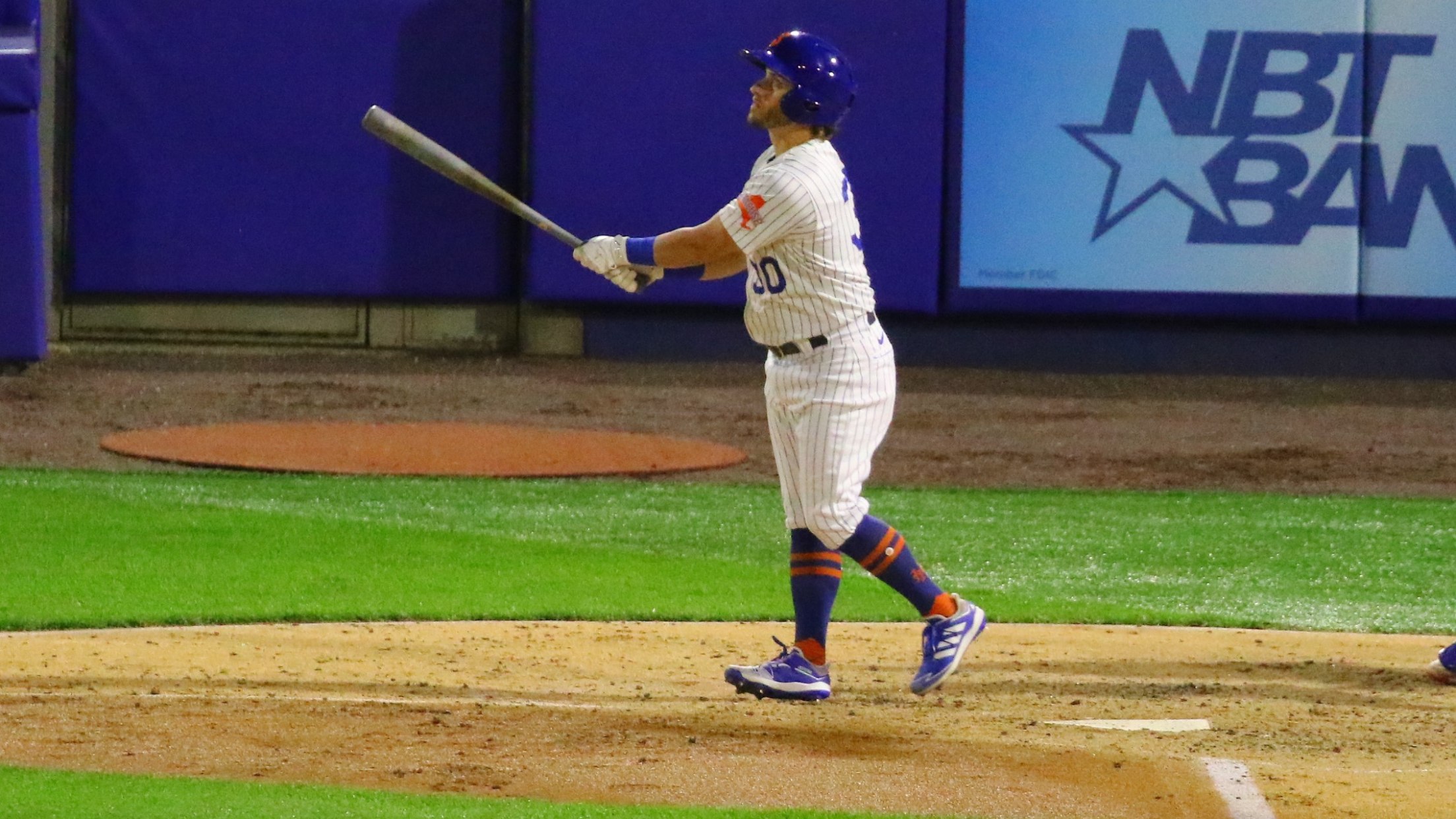 The Syracuse Mets lost the series opener to the Buffalo Bisons, 7-3, on Wednesday night at NBT Bank Stadium in a game that featured five home runs. One of those homers came off Syracuse third baseman Mark Vientos’s bat in the first inning, making it three home runs in his first nine Triple-A games. With the loss, the Mets move to 3-3 in the Triple-A Final Stretch while the Bisons improve to 5-1.

Buffalo (76-47) put up four runs in the top of the first inning. Otto Lopez hit a one-out single, and then Kevin Smith hit an RBI double to make it a 1-0 Bisons advantage. Gregory Polanco followed with a single, scoring Smith to extend the lead to 2-0. Tyler White then stepped in and hit a two-run homer to put Buffalo ahead 4-0.

Syracuse (50-72-1) got on the board in the bottom of the first thanks to a Vientos solo home run. His third Triple-A home run made it 4-1 with Buffalo still in front.

The Bisons added a run in the top of the third when Smith hit a leadoff solo home run to give Buffalo a four-run lead again, 5-1.

The Mets cut the deficit in half in the bottom of the third. Martin Cervenka worked a leadoff walk. Mark Payton then blasted a two-run homer down the right-field line to bring Syracuse within two, 5-3 Bisons.

Buffalo, however, hit yet another home run, this time in the top of the fifth. Lopez hit a one-out double. Kevin Smith then grounded out for the second out of the inning, but Polanco followed with a two-run homer to give Buffalo a 7-3 lead.

A bright spot for the Mets was their bullpen, which tallied four scoreless innings. Robert Gsellman in his Major League rehab assignment pitched a scoreless sixth. Yeizo Campos followed with a scoreless seventh, and Akeem Bostick didn’t allow a run in the eighth nor the ninth.

Syracuse and Buffalo return to NBT Bank Stadium on Thursday for game two of the five-game series. Mets minor league pitcher of the year, right-hander Adam Oller, will take the mound for Syracuse against Buffalo left-hander Nick Allgeyer. First pitch is set for 6:35 p.m.