How teen dating has changed in modern life

Teenage romance has evolved along the lines of social acceptance and technology in recent years. Teens have started to find love in new and interesting ways, so we’re going to look at how teen dating has changed in recent years. Whether you are a teen or you have teens in your life, you need to know how they’re dating these days, and this guide will help you. 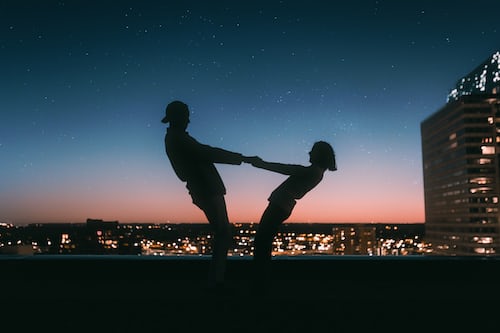 Many dating platforms aimed at teens

The most significant development in the realm of romance these days is dating platforms. Unlike dating sites that were specifically aimed at different adult populations, the dating sites meant for teens are developed to support their unique needs. Modern teens are far more likely to be open about their sexuality, and that is why greater numbers of teens are using dating sites that suit their specific needs, like platforms made for gays, lesbians, or bisexuals. In the case of gay dating sites, teens feel as though they can truly be themselves when using these services. They can find a plethora of gay teens just like themselves without even trying, allowing them to focus on more significant qualities than sexual orientation. Age, size, location, college ambitions, and more are all for the asking on these platforms, and many gay teens have successfully found partners in this way.

Another interesting thing about teen life is that orientation is not as significant to a relationship as it was in the past. If you went back a generation, being with someone who was bisexual was a dealbreaker for many straight people. Now, it’s not such a big deal because young men and women are more open to the idea of looking past the orientation of a person and focusing on their personal qualities.

Another interesting thing about teens these days is that they are becoming shyer in their social lives. Specifically, they are not as likely to talk to someone about their personal feelings while in the same room. They are far more likely to turn their flirting and personal conversations into digital ones. In some ways, this is a double-edged sword. In the past, telling someone who you liked them was often the beginning of something beautiful. Dating and chatting are more likely to happen online. While that is a lot of fun for people, there is also the drawback that the conversations, pictures, and videos associated with dating are easy to access after the fact, and they can be embarrassing. The benefits outweigh the drawbacks for teens and adults alike, though.

More teens are finding themselves in long-distance relationships than ever before. What often happens is that teens can’t find a match that understands them in their local community because it is too small and underpopulated or close-minded. Thus, they seek their partners by using an online dating service and find people from other parts of the world that have a better selection of dates. Hundreds of thousands of teens have already found their romantic matches by using an online dating site, and they continue these relationships until they can meet in person. Some teens find partners who are going to the same college in the future or those who they can travel and meet once they get their own place!

The ability to access the internet from anywhere in the world is a highly appealing aspect of teen dating sites. Experiencing new and different romantic cultures can teach teens about how other people live and love around the world, and they want to be a part of that lifestyle. With online dating, they can. Moreover, if a teen was to depart in the military or head to college, they can still use digital dating outcomes to maintain a connection with their romantic partners. The ability to access such sites around the world makes all the difference in keeping matches together.

Lastly, social networks and messengers are other valuable tools teens can use to maintain their romantic lives. Teens are turning to social media websites to hit on each other, “slide in their DMs,” and start a relationship. The messengers also help people send discreet messages on social networks that don’t save data, making them useful to teens that don’t want conversations coming back to haunt them. Although these services are good at starting relationships between teens, they’re not the easiest tools to carry on a long-term relationship.

Teens are finding romance in different ways than people in the past. They’re using dating sites specifically designed for them while also leveraging social media to find and carry out amazingly romantic dates. The privacy of online dating combined with the ability to meet the right people from anywhere in the world is something that every teen will value.