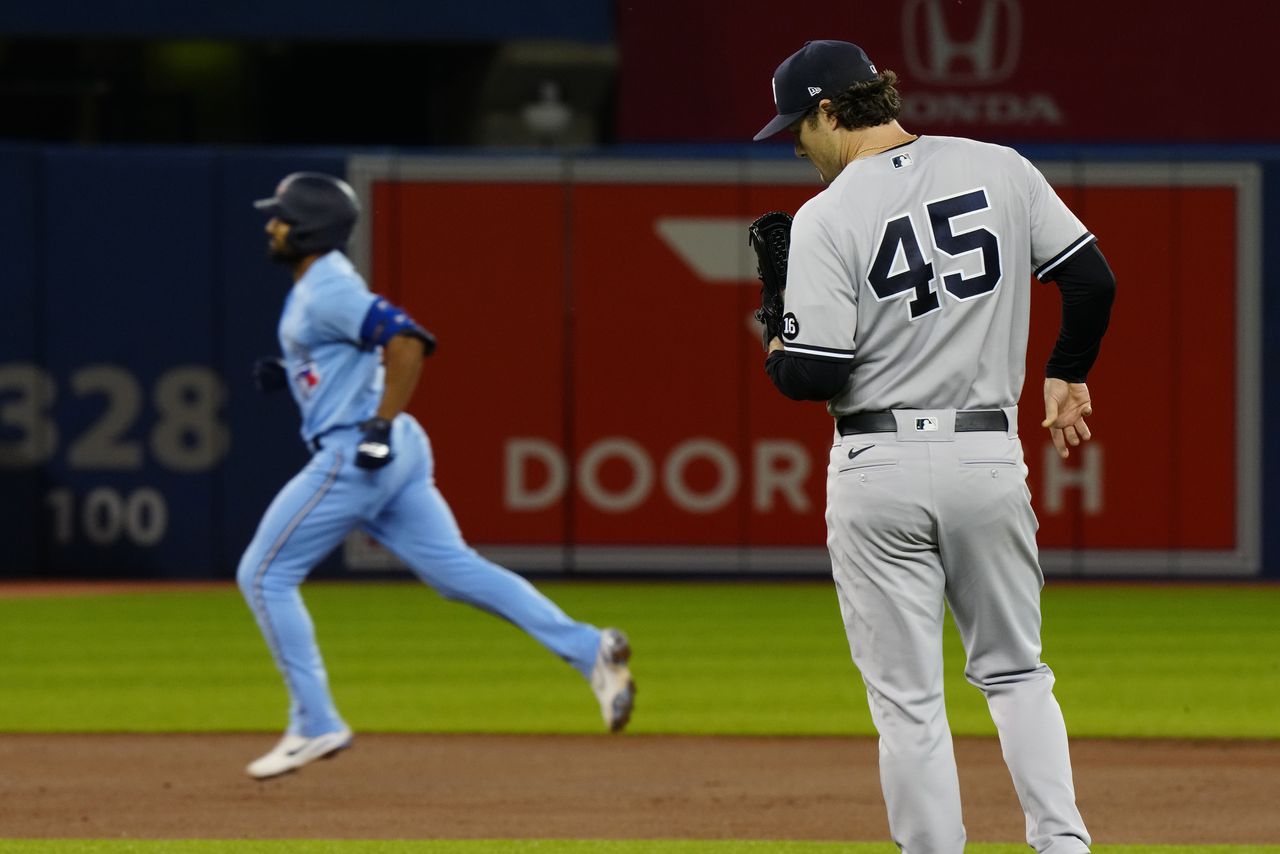 Giancarlo Stanton stood motionless in the visiting dugout at Rogers Centre during the eighth inning on Wednesday evening, his intense gaze locked upon the playing field. The Yankees’ hottest hitter was visualizing his next plate appearance, intending to deliver in another key situation.

Stanton made good contact in that at-bat, but not quite enough, seeing his deep drive to right-center field secured for the inning’s final out. Bo Bichette got just a bit more in his subsequent at-bat, launching a go-ahead homer that dealt the Yankees a 6-5 loss to the Blue Jays.

New York’s seven-game winning streak was snapped, but the Bombers continue to lead the American League Wild Card chase, holding the top spot by one game over Boston, which won at Baltimore. The Blue Jays and the Mariners are both one game behind the Red Sox.

The ace right-hander could not trust his fastball, hit hard by the Jays to the tune of five runs and nine hits over six innings — a performance which likely will end any realistic chance of Cole winning the American League Cy Young Award over Toronto’s Robbie Ray. Cole walked none and struck out six.

Marcus Semien opened the scoring with a two-run homer in the first inning — his 44th, establishing a new record for AL/NL second basemen. George Springer extended the Jays’ lead with a run-scoring single in the second.

Gio Urshela and Brett Gardner had run-scoring hits in the fifth inning and Aaron Judge lifted a sacrifice fly in the sixth off Toronto starter José Berríos, who permitted three runs and four hits over six innings. Kyle Higashioka stroked a game-tying two-run single in the seventh off Tim Mayza.