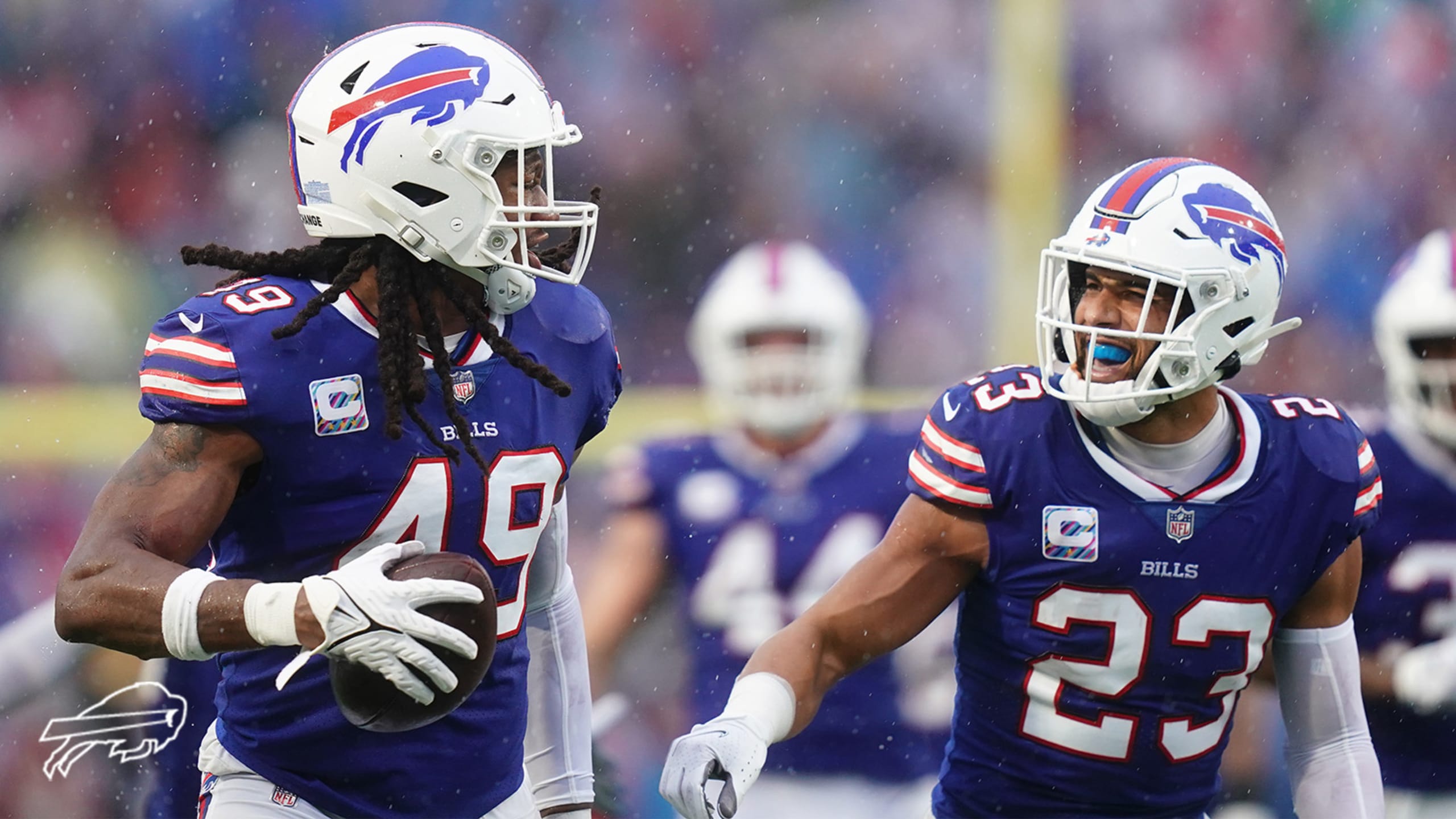 The Bills played the Houston Texans for the first time since the devastating overtime loss in the 2020 Wild Card game, but this time it played out in Buffalo’s favor with a massive 40 to 0 shutout.

The Bills second shutout of the season moves them to 3-1.

After that initial Buffalo touchdown, the Bills struggled to punch it in during the second and third quarters, settling for four field goals before finally finding their way back into the end zone in the fourth with another Allen to Knox touchdown. But after that, Buffalo added to their impressive lead by scoring two more TDs.

Allen finished the game with 20/29 for 248 yards, two touchdowns and an interception.

Buffalo’s defense was outstanding this afternoon. After holding Houston to a total of eight yards through the first half, they put together a five-takeaway game, four of those coming on interceptions, including the final Davis Mills pick by Tyler Matakevich to end the game.

FINAL: What a day for the @BuffaloBills. #BillsMafia #HOUvsBUF pic.twitter.com/K5zAuxDo1Y

quick reminder… IT'S ONLY WEEK 4 pic.twitter.com/BogSAzdotA

The @buffalobills have limited opponents to 44 points this season, the second-fewest in team history through the first four games of a season (40 – 1982) pic.twitter.com/bJXls0GJC4

Josh Allen to Stefon Diggs for 19 yards, putting Diggs over 100 yards for the first time this season and eighth time as a Bill.

With that reception, Stefon Diggs now has 152 catches since joining the Bills.

That establishes a new NFL record for catches by a player in their first 20 games with a team. pic.twitter.com/6Mizr7iB1A

This is NOT normal for a quarterback.

I'll say it again. DIGGS GETS ITS.

After today's win, he gave his towel to a little kid. He then took selfies with fans in the stands. #BillsMafia @WKBW pic.twitter.com/WmgYLckn0C

The #Bills are serving 40-burgers at Highmark Stadium for the second straight week.

The Bills (2-1) looked explosive in Week 3 against Washington with the offense lighting up the scoreboard and the defense creating turnovers. This week the Houston Texans (1-2) come to Orchard Park which marks the 10th regular-season matchup between the two franchises.