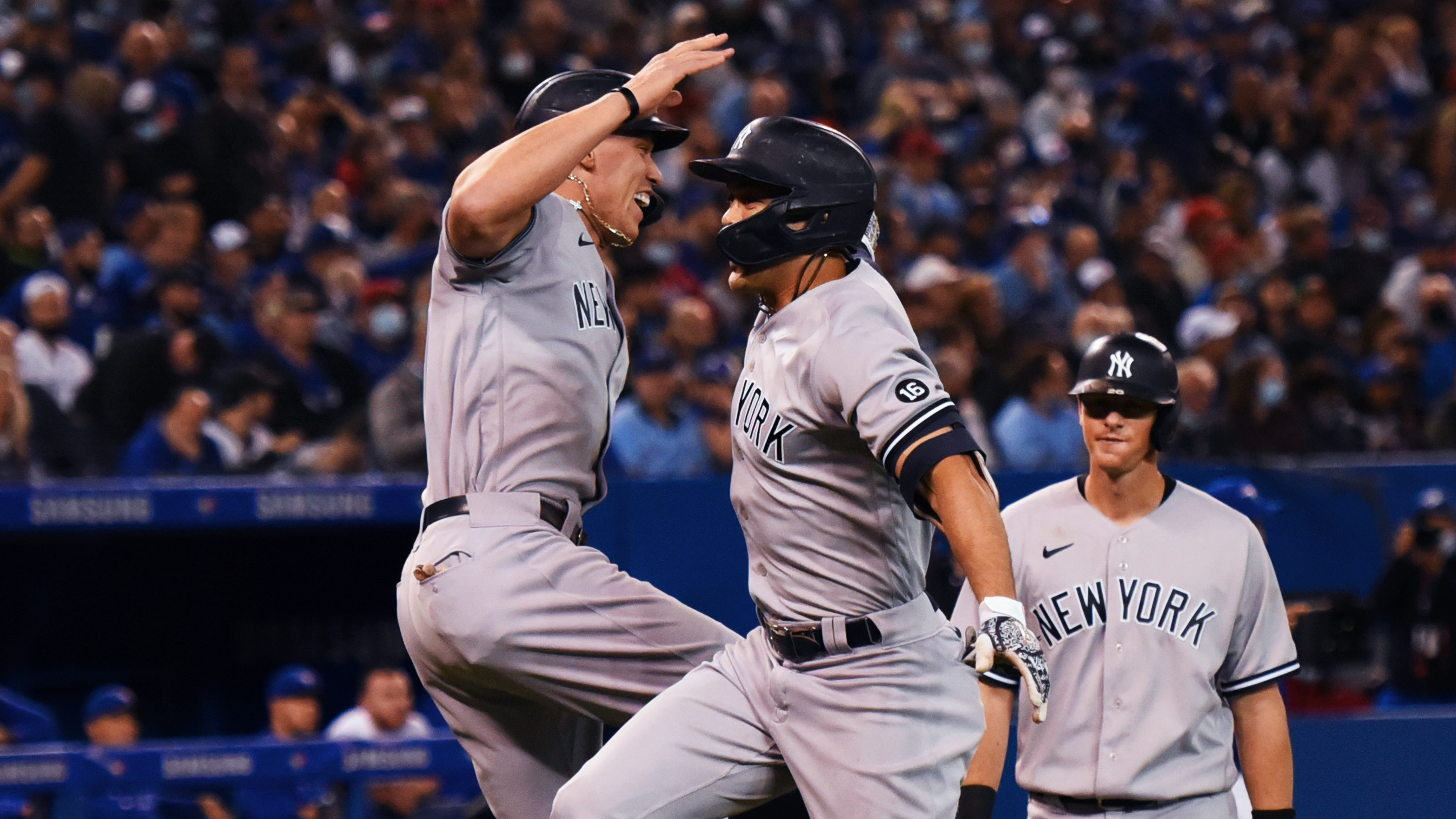 You can’t be scared of the big moment. That was the sentiment Giancarlo Stanton expressed in the afterglow of the Yankees’ three-game sweep this past weekend at Fenway Park, a performance that helped cement the slugger’s place as the American League’s Player of the Week.

The mantra has helped Stanton deliver time and time again, carrying his team through its most meaningful innings of the year. Stanton homered for the fourth consecutive game and Aaron Judge also went deep, powering the Yankees’ 7-2 victory over the Blue Jays on Tuesday at Rogers Centre.

The Yankees (90-67) have won seven consecutive games, a streak that coincides exactly with the players’ adoption of a pet turtle, Bronxie. New York has moved two games ahead of the Red Sox (88-69) and three ahead of the Blue Jays (87-70) in the American League Wild Card chase, with five games remaining. Boston lost to the Orioles, 4-2, in Baltimore.

“You’ve got to be prepared, you’ve got to do your homework and just zone in on what you need to do,” Stanton said. “At the end of the day, it’s still the same game we’ve been playing our whole lives. You’ve got to be able to overcome those moments.”

Yankees starter Jameson Taillon lasted only 2 1/3 innings before exiting with an aggravation of his right ankle tendon injury, permitting a first-inning run. Judge tied the game in the third inning with a solo homer off Toronto starter Hyun Jin Ryu, Judge’s 37th long ball of the year.

Stanton’s seventh-inning homer off Trevor Richards came on a pitch 1.26 feet off the ground, the lowest pitch he has ever homered on. It was Stanton’s 35th homer of the year. Stanton has 13 RBIs over his last four games, going 9-for-17 (.529) over that span.